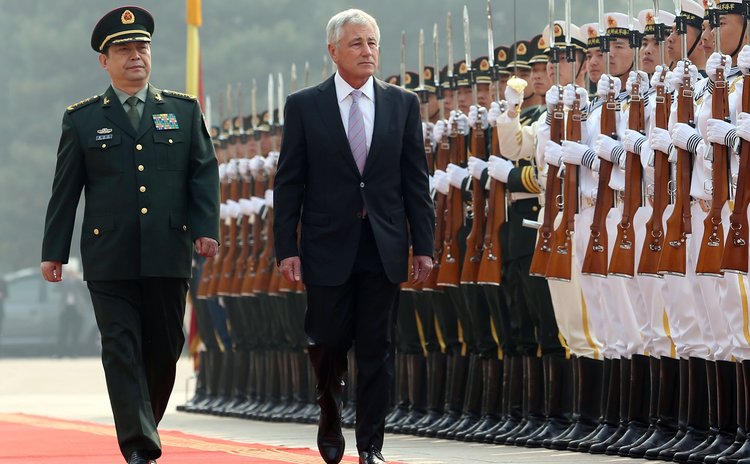 "I can tell you frankly, your remarks made in the ASEAN defence ministers meeting and to the Japanese politicians were tough, and with a clear attitude. The Chinese people, including myself, are dissatisfied with such remarks," he told Hagel at the presence of the press.

"The military-to-military relations constitute an important part of China-US relations, and your visit is aimed at mending the short planks (in the concept of the cask effect) of our two militaries," Fan said.

"I paid special attention to your recent trips and speeches," he said, particularly mentioning Hagel's remarks during the ASEAN defence ministers meeting in Hawaii and in Japan.

In an interview with Japan's Nikkei newspaper on Saturday, Hagel criticized China's air defense identification zone (ADIZ) over the East China Sea as provocative and unilateral, laying misplaced blame on China for rising tensions in one of the most geopolitically sensitive areas.

Last week, Hagel hosted talks with defense ministers of the Association of Southeast Asian Nations (ASEAN) in Hawaii, where he also brought up topics of growing U.S. concern about territorial disputes in the South China Sea.

Hagel was on a ten-day visit to Japan, China and Mongolia