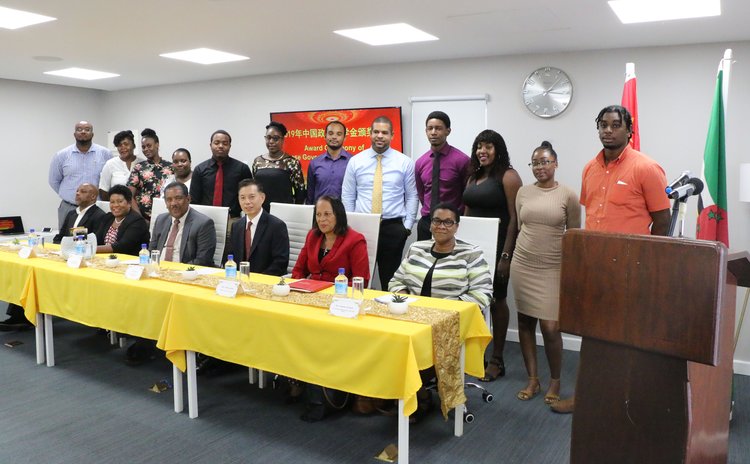 Students and officials pose after the ceremony

Attending were: H.E. Charles Savarin, President of the Commonwealth of Dominica and Mrs. Savarin; H.E. LU Kun, Ambassador of the People's Republic of China to the Commonwealth of Dominica; Catherine Daniel, Acting Minister for Education and Human Resource Development and Minister for Ecclesiastical, Family and Gender Affairs; Mrs. Chandler Hyacinth, Permanent Secretary of the Ministry of Education and Human Resource Development as well as several senior officials of the Dominica government.

Since the establishment of the diplomatic relations between the two countries in 2004, the Chinese Government Scholarship Programme has supported more than 150 Dominican students to study in Chinese universities for bachelor, masters and doctor's degrees in various fields.

The students were selected from numerous applicants to study at the top Ten Chinese Universities on programmes including engineering, information technology, medicine, management, business, international relations and agriculture among others.

Among the 2019 group eight are to pursue bachelor's degrees and four master's degrees.