China is an Active Participator in Global Climate Governance 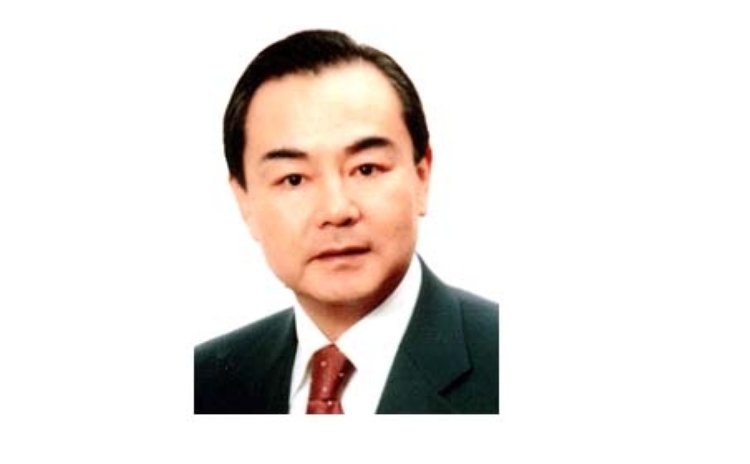 Wang Yi, Minister of Foreign Affairs of the People's Republic of China

Climate change is a common challenge faced by the human race. It has been the consensus of all countries to participate in climate governance and achieve sustainable development. Speaking at the General Debate of the 75th Session of the United Nations General Assembly on September 22, Chinese President Xi Jinping solemnly announced that China would scale up its Intended Nationally Determined Contributions by adopting more vigorous policies and measures. China aimed to have CO2 emissions peak before 2030 and achieve carbon neutrality before 2060. This is both testimony to China's proactive attitude towards engagement in global climate governance while making new contributions to addressing climate change, and manifestation of China's global vision as a responsible major country to build a community with shared future for mankind.

China has always taken stringent measures in response to climate change. In 2007, the climate change issue was first brought forward in the report at the 17th National Congress of the Communist Party of China (CPC), specifying that China will enhance its capacity to respond to climate change and make new contributions to protecting the global climate. In 2012, the 18th Party Congress report went further to chart a clear pathway for China's climate efforts, indicating that China will work with the international community to actively respond to global climate change on the basis of equity and in accordance with the common but differentiated responsibilities and respective capabilities of all countries. In 2013, National Strategies for Climate Change Adaptation, the first of its kind to have been issued in China, aimed at enhancing China's comprehensive capacity to adapt to climate change. Since the 18th Party Congress, China, guided by President Xi Jinping's Thought on Ecological Civilization, has been pursuing a green and low-carbon path to development suited to China's realities, in a bid to promote nationwide a green approach to development and way of life. Over 30 climate-related legislation has been enacted and enforced to push for industrial and energy sector restructuring so as to slash carbon emissions, including, among others, Renewable Energy Law, Energy Conservation Law, Cleaner Production Promotion Law, Circular Economy Promotion Law, Forest Law and Grassland Law.

Thanks to guidance and instructions provided by the government and promotion efforts made by the media, there is broad participation on the part of enterprises and the general public, all contributing to the notable progress China has made in addressing climate issues. In 2019, China's carbon dioxide emissions per unit of GDP dropped by 48.1% from the 2005 level, equivalent to 5 billion tonnes emissions being cut. The share of non-fossil fuel in primary energy consumption reached 15.3%. China is the biggest investor in renewable energy, with annual investment exceeding 100 billion US dollars for five years in a row, and the stock of new energy vehicles in China accounting for over half of the world's total. China also tops the world in the expansion of forest cover, having outstripped the forest carbon sequester targets set for 2030. Since 2000, one fourth of the global increase in green leaf area comes from China.

China is an active player in global climate governance

As a firm champion of multilateralism, the Chinese government has always played a constructive role in international climate change negotiations and strengthened dialogue and communication in a responsible manner, with the aims of advancing global climate governance process.

China is engaged in advancing climate agenda under the frameworks of the United Nations and other multilateral organizations. From United Nations Framework Convention on Climate Change in 1992, to Kyoto Protocol in 1997, and to Paris Agreement in 2015, China has always been an active contributor and participator. In late 2009, China attended the UN Conference on Climate Change held in Copenhagen, where it played an important part in advancing the negotiation process. In September 2015, President Xi Jinping announced the establishment of an RMB 20 billion South-South Climate Cooperation Fund, and later that year at the Climate Change Conference in Paris, proclaimed that China would launch cooperation projects to set up 10 pilot low-carbon industrial parks and start 100 mitigation and adaptation programs in other developing countries and provide them with 1,000 training opportunities on climate change, offering the developing countries a Chinese plan to tackle climate change.

China is committed to enhancing international cooperation while providing climate assistance. On the basis of equity and in accordance with the common but differentiated responsibilities and respective capabilities of all countries, China takes on its share of responsibilities that suit China's national realities, development stage and capabilities, promoting south-south cooperation and helping developing states, especially small island states build their capacity for adaptation and mitigation, management and financing. Until now, China has signed 38 documents on climate change with 35 countries from Africa, Asia, Oceania and Latin America. China has assisted in carrying out 35 mitigation and adaptation projects in Nepal, Chile, etc., held 45 training sessions on climate change, and trained around 2,000 officials and technicians for over 120 developing countries. By building pilot low-carbon industrial parks, and donating low-carbon materials and technology products including clean cookstoves, solar power systems, electric buses, remote sensing satellites, automatic weather stations, China has helped other developing countries, particularly the least developed countries, African countries and small island states overcome their climate fragility.

Climate change poses a real threat to the security and development of LAC countries, who over the years have taken an active part in global climate negotiations and pushed for regional climate governance.

As developing countries, China and LAC are both exposed to the climate change threats and burdened with addressing the challenges to sustainable development. China, based on the principle of common but differentiated responsibilities, remains committed to heightening south-south cooperation, assisting LAC and other developing countries in coping with climate change. China-CELAC Cooperation Plan 2015-2019 adopted in 2015 pointed out that China and LAC carry out cooperation on climate change within the framework of South-South cooperation, such as the promotion of low-carbon, high-quality at reasonable prices, energy-saving and renewable technologies to relevant countries. China's Policy Paper on Latin America and the Caribbean released in 2016 says that China calls on the international community to pay close attention to the special concerns of small island developing states in the Caribbean, and promote the establishment of a global climate governance system that is equitable and reasonable for win-win cooperation.

LAC has been blessed with its wind, solar, biomass, geothermal and other renewable energy sources, while China boasts of leading the world in installed capacity of hydro, wind and photovoltaic power. Having built up experience in constructing, operating and managing top-notch power plants, China's companies have made heavy investments in the region's renewable sector. Some of the highlights in energy cooperation include the Punta Sierra wind farm in Chile, Belo Monte hydropower station and the Jupia and Ilha Solteira dams in Brazil, San Gaban III project in Peru, the Cauchari solar project and the Santa Cruz hydropower station in Argentina. China is also an electric vehicle (EV) powerhouse, with the electric buses produced by Chinese EV makers BYD, Yutong and Jinlong hitting the road of Chile, Colombia, Uruguay, Argentina, Mexico, Barbados and other LAC countries, making China the largest EV supplier in the region.

Dominica is most vulnerable to climate change. Speaking at the UN in September, 2017, following the passage of Hurricane Maria, Dominican Prime Minister Roosevelt Skerrit announced his goal to build the first climate resilient country in the world, thereafter imposing strict hurricane-proof building codes. As a good friend of Dominica, China supports its national strategy, applying anti-hurricane roofs, doors and windows, and water and power supply systems in the construction of Dominica-China Friendship Hospital, Agriculture Science Complex Building and other bilateral infrastructure projects, and adopting the top security standards when building the bridges in the West Coast Road project. China will continue to assist Dominica in its post hurricane recovery efforts while jointly participating in global climate governance, and promote the building of a community with a shared future for mankind and of a beautiful world where man live in harmony with nature.