China votes in favor for ending U.S. embargo against Cuba 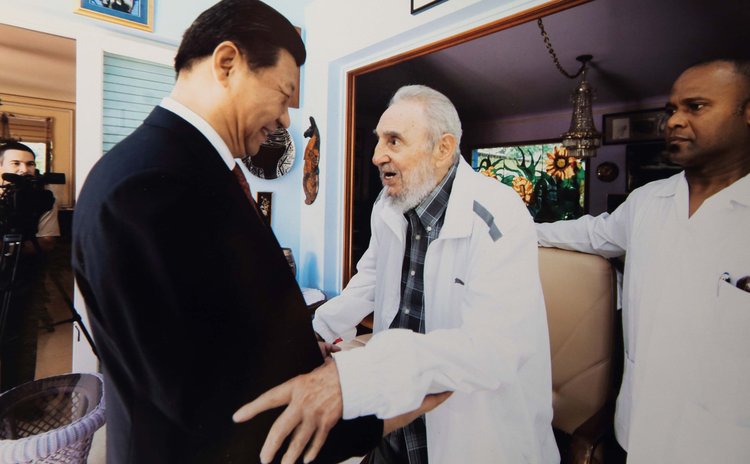 UNITED NATIONS, Oct. 28 (Xinhua/Sun) -- China voted in favor of a resolution adopted by the UN General Assembly (UNGA) on Tuesday, calling for ending the embargo imposed by the United States against Cuba.

"Like most other countries, China hopes that the United States, in accordance with the purposes and principles of the Charter of the United Nations and the relevant General Assembly resolutions, will put an end as soon as possible to its blockade against Cuba," said Wang Min, China's deputy permanent representative to the UN.

Wang made the remarks at the 69th session of the UNGA on agenda item of necessity of ending the economic, commercial and financial embargo imposed by the United States of America against Cuba.

The UNGA has adopted a non-binding resolution on the five- decade embargo for the 23rd consecutive year with 188 in favor and three abstentions. The United States and Israel voted against.

Wang noted over the years those resolutions have not been implemented effectively and the economic, commercial and financial blockade imposed by the United States against Cuba has not been lifted.

"This is not only a violation of the purposes and principles of the Charter of the United Nations and the relevant General Assembly resolutions, but also a source of enormous economic and financial losses for Cuba," he said.

Wang pointed out that the embargo and sanctions against Cuba are "more unreasonable than ever before," since the recovery of the world economy is weak and the international community is severely challenged by a range of crises in the domains of food, energy and climate change at this moment.

He also said the Chinese Government has always maintained that the international community should respect the right of all countries independently to choose their social system and path of development, and should oppose the unilateral imposition on countries of military, political, economic or other sanctions.

"When differences arise between countries, dialogue among equals and friendly consultation is the best means of reaching a settlement," he added.

The United States imposed the blockade against Cuba in 1962 when both countries severed diplomatic ties. The Eisenhower administration took the unilateral measures against Cuba to prevent revolution from succeeding through economic war.