Chinese give to Dominica Parliament 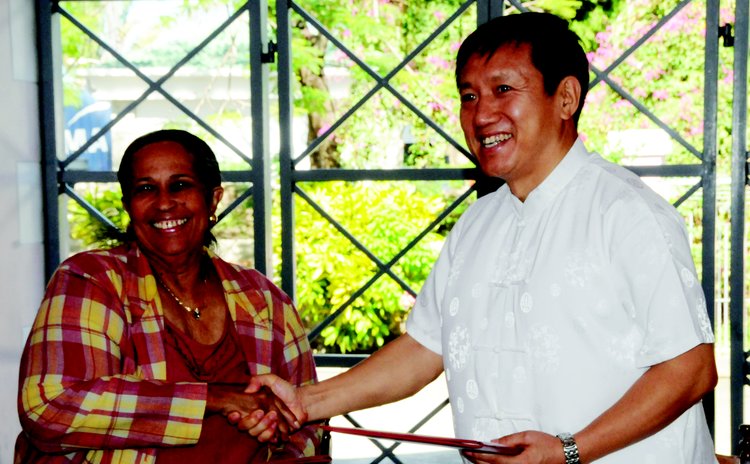 The Government of China last week presented a gift of office equipment valued at more than EC$193,000 to the Parliament of Dominica.

According to Chinese Ambassador Wang Zonglai the gift is a follow-up to a visit to Dominica last July by a delegation from the Standing Committee of the National People's Congress of the People's Republic of China. Speaking at the ceremony, Ambassador Wang Zonglai said the leader of the delegation told him that he was "very impressed with the harmony that he saw in your House of Assembly" during his visit.

Government's representative Minister of Information Ambrose George said the equipment will serve "the whole parliament, that is, members of the government and members of the opposition".

"We have to keep up with the technology as parliamentarians and these pieces of equipment will certainly assist us to carry out our work as the Parliament of Dominica," he said.