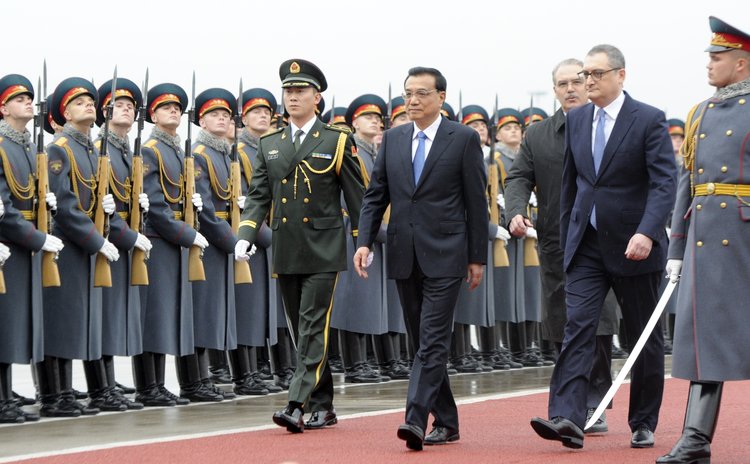 MOSCOW, Oct. 12 (Xinhua/Sun) -- Chinese Premier Li Keqiang arrived here Sunday afternoon for an official visit to Russia, with a series of deals ranging from energy to people-to-people exchanges expected to be signed.

During his visit, Li will attend the 19th China-Russia Prime Ministers' Regular Meeting with his counterpart, Dmitry Medvedev, and a forum themed on innovation.

The two sides are expected to ink about 50 mutually beneficial agreements and reach new consensus in the areas of energy, high-speed rail and finance.

Analysts believe that Li's three-day visit, the premier's first to Russia since he took office in March 2013, will inject new impetus into the two countries' practical cooperation and their comprehensive strategic partnership of coordination.

Experts say that the diplomatic relations between the two countries, which were established 65 years ago, are at an "all-time high point" with frequent exchanges of high-level visits, surging trade and investment, and an increasing number of large-scale projects.

Before Russia, Li visited Germany, the first leg of his three-nation visit, which will also take him to Italy.