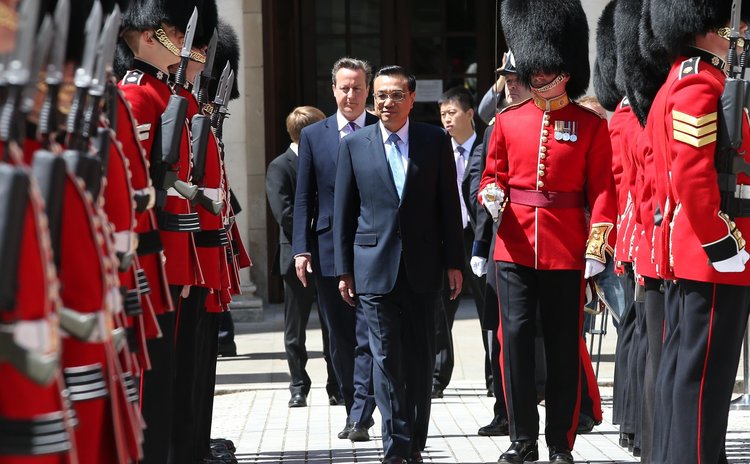 Li, at an annual meeting with his British counterpart, David Cameron, also called on China and Britain to boost cooperation in such areas as nuclear power, high-speed railway, infrastructure construction and urbanization.

This year marks the 10th anniversary of the establishment of the China-Britain comprehensive strategic partnership. The two premiers agreed to seize the unique opportunity to lift bilateral relations to a new level.

Li said China and Britain should constantly consolidate the political foundation of bilateral relations, promote common growth and inclusive development, so as to speed up the development of China-Britain ties.

Cameron, for his part, said Britain attaches great importance to its relationship with China and is willing to have sincere dialogues with China and deepen cooperation in the fields of economy and trade, finance, education, science, nuclear power and high-speed railway.