Choksi is back in Antigua 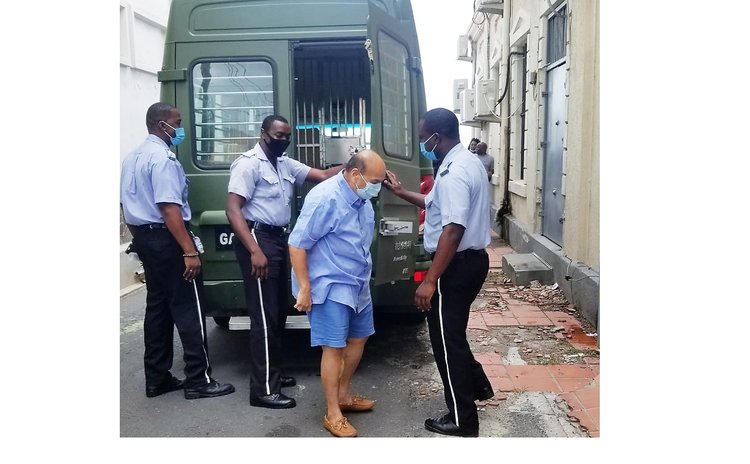 Fifty-one days following the mysterious arrival of Mehul Choksi in Dominica, the alleged Indian fugitive who is now on bail in Antigua and Barbuda says he has tasted success in Dominica High court but his legal team is gearing up for a long-drawn fight in the courts.

High court Judge Justice Bernie Stephenson on July 12, 2021, granted Choksi a "specialized" bail to access medical services overseas which are not available in Dominica as recommended by the medical authorities.

Unlike previous occasions, the prosecution did not object to this bail application hence Justice Stephenson permitted Choksi's travel to Antigua and Barbuda to consult with Dr. Gaden Osbourne, neurologist, at the Sir Lester Bird Mount St. John Medical Centre.

Prior to his admission to bail, the applicant had to deposit the sum of EC$10,000 in cash to the Registrar of the High Court to secure his appearance back in Dominica on the date fixed for his trial of illegal entry before the Magistrates Court.

All proceedings before the Magistrate's Court against Choksi were adjourned until certified by a medical doctor that he is fit to stand trial.

Following this order, the diamantaire left Dominica on July 14 and landed in Antigua and Barbuda at the VC Bird International Airport at around 4.30 p.m via a private SVG Air charter.

The news has upset Indians who are seeing this as a loss for their country. Many are of the opinion that, "we could have gotten the fugitive back easily from Dominica, but now that he is back in Antigua, getting him deported is going to be a lengthy process."

The Indian government sought his deportation from Dominica directly as he was deemed a prohibited immigrant in Dominica.

The Indian government has said that Choksi continues to be an Indian citizen as his declaration for renunciation of citizenship was never accepted by the Ministry of Home Affairs.

However, speaking publicly for the first time since the ordeal, Choksi said he is now extremely skeptical about returning to India to prove his innocence in the US $1.4 billion fraud case. According to him, his medical conditions have worsened over the past 51 days due to his alleged kidnapping and as such he states, "I'm extremely apprehensive of my safety in India."

Choksi alleges that he was kidnapped from Antigua and transported to Dominica in May by Indian officials and law enforcement in Antigua.

Though Choksi insists that he wants to clear his name of any wrongdoing, he welcomes the Indian government to visit him in Antigua, if they want to interrogate him. "Or by Zoom or anything; I'm always available, but this inhumane and brazen kidnapping – it was never expected by me," he remarked.

The diamantaire described the experience as being surreal, telling an interviewer in India, "I was always hearing about it, but I never believed that they could go to this extent when I am legally contesting and exercising my legal rights here in Antigua.

"I'm back home, but this torture has left permanent scars – psychologically and physically; rather permanent scars on my soul. I could have never imagined that after closing down all my business and seizing all my properties, a kidnapping attempt would be made on me by the Indian agencies."

The 62-year-old says he does not believe that he will ever be able to recover from the ordeal.

Choksi holds citizenship in Antigua through the Citizenship by Investment (CBI) programme and has resided there since 2018 after leaving India.

His Antigua-based attorney, Queen's Counsel (QC) Justin Simon, also rubbished claims that his client was feigning sickness to delay court proceedings. Simon called the suggestions "nonsense" and said Choksi sought and was initially denied medical attention when he was first held in Dominica.

"...but, let me also state that the order from the High Court in respect of granting bail was by consent so that the other party, the police represented by the DPP, and the other lawyer Lennox Lawrence consented and agreed to the order, which was made. So, it was an order by consent, both parties agreeing that this was necessary," the lawyer said. Meanwhile, Antigua and Barbuda's cabinet, led by Prime Minister Gaston Browne, has since stated that while Choksi is Antigua, the Royal Police Force of the island will continue to investigate his claims of kidnapping.

They added that the extradition case brought against him and the case of revocation of his Antiguan citizenship will also continue.