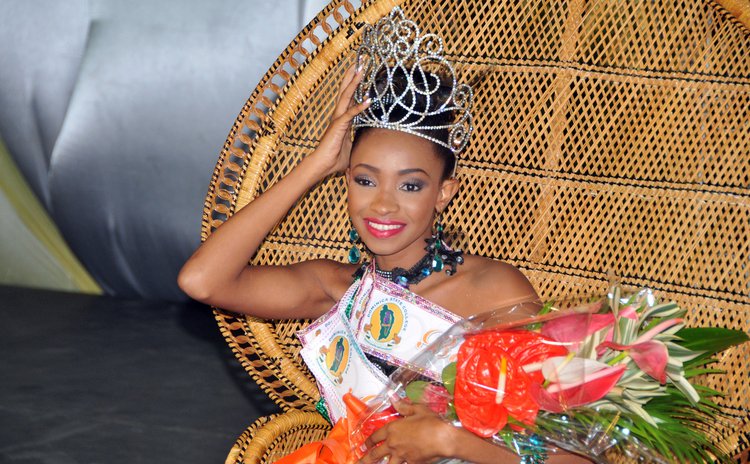 The pageant was held at the Windsor Park Sports Stadium Forecourt on February 4.

"I must say at the beginning I really doubted myself but now realize that the amount of work that I had to push through to make it this far," Chrisline told reporters.

Tavernier said that the hardest round for her in the competition was the talent round.

"Because there were a lot of preparations to be made before the show to ensure that my voice was ok," she said. "Currently I am studying psychology and mass communications because my dream is to become a clinical psychologist. I will apply my skills to help my peers and students at the DSC in order to help the school remain that prestigious institution that it is."

First Runner up was Sue-Elyn Mayers; she won the awards for Best Runway and Best Beach Wear.

"I did not believe that I would make it this far because I faced a lot of obstacles during the show and there were times I felt that I was just going to give up," she said.

She noted that her favourite rounds were runway and swimwear in which she won awards.

The position of Second Runner Up went to Arkeysha Valmond. She won the awards for Best Personality, Best Evening Wear and Best in Evening Wear.

The Third Runner Up position went to Siedah Charles.

As part of her prize Tavernier will be the Queen of Hysteria Band on Carnival Tuesday.