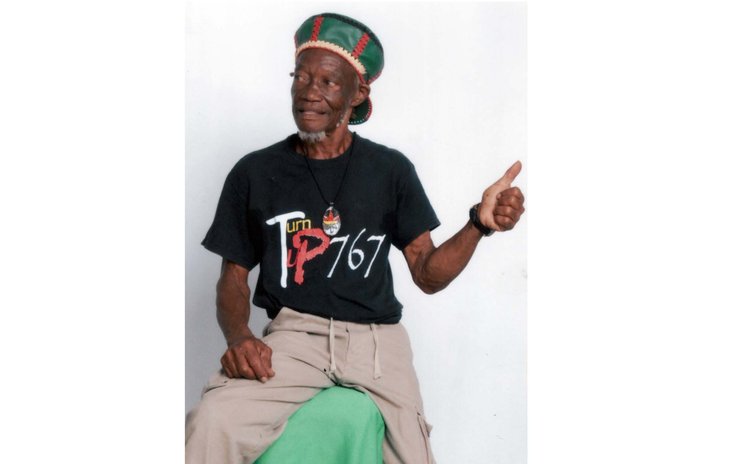 A slim, wiry figure with a Kangol cap turned backwards emerges amid light drizzle in Roseau.

He appears to be quite unassuming, which is confirmed during the first few moments of conversation. Despite his disarming humility, Phillip 'Chubby' Mark has a lot to be proud of.

An iconic figure in Cadence music here and abroad, Chubby achieved distinction as a bandleader in one of the most challenging eras in music history.

And, after nearly 50 years and multiple awards for music, the evergreen bandleader is still scaling new heights of creativity.

Formed in 1967, 'Chubby and the Midnight Groovers' are deeply interwoven in the Caribbean's cultural tapestry— music pioneers who helped create a pulsating cadence rhythm and take it all over the world.

He and his brother Marcel "Coe" Mark are the only surviving members of the original lineup of the legendary band fans call 'Kings of Cadence', a reputation earned by hard work and great sacrifice.

Chubby was born in 1948 in Grand Bay. His dad— a saxophonist— and his mom— a church singer— introduced him to music early in life.

By the age of 11, Chubby was singing calypsos publicly and was once Road March Monarch.

He recalls teaching himself to play the guitar his favourite instrument after a friend who had no idea how to play it showed him where to put his fingers on the strings.

Chubby learnt quickly and became an exceptional bass and rhythm guitarist, though he prefers bass. He is also a skilled drummer and percussionist.

In 1971, Groovers decided to pursue a better future in Guadeloupe. It was tough. Seventeen other Dominican bands were jostling to make a name there.

They knew no one there and spoke little French. With no money and lots of expenses, exploitation was rife. They got only a pittance for their work.

But the band survived. They eventually stayed for eight years, sometimes producing three records per year and doing odd jobs to supplement their income.

"We were going through the exploitation, but that was what made the world know us," Chubby says.

Their breakthrough came after the Dominica's Exile One recorded a 'Creole' album targeting the French-Creole market in Guadeloupe.

They recorded some songs in Creole and English and others entirely in English to reach a wider audience.

Chubby recalls ruefully that many Dominican musicians were in Guadeloupe in the 1970s and cadence music was getting airplay, but the then Dominica government did not help them or promote their music.

After eight years, the Groovers returned home. The original lineup lasted another eight years, and then some members decided to move on, leaving only Marcel and Chubby.

Undaunted, the brothers worked as a team. Chubby wrote the songs, sang them and played guitar while his brother played guitar and keyboards.

It was a highly creative phase. The brothers developed complex rhythms using the "dub" technique to overlay different musical beats in each song.

Chubby explains, "We didn't want to stay one way doing cadence like a flat beat, so we would add on our beat…"

His life experiences inspire poignant lyrics— like when Chubby's love for coconut milk got him in jail, the inspiration for his popular song 'Coco Sec'.

He readily shares the story. One Friday, as he passed through a coconut farm, he saw a dry coconut. He stopped to peel it to take with him, which angered the farm's guard.

The guard demanded the coconut then went to the police, accusing Chubby of stealing two coconuts. The matter was heard in court the following Monday, and the verdict was —guilty!

After valuing the coconuts at 10 cents each, the magistrate spoke of a sentence of one year in jail. This caused Chubby's mother to collapse in the courtroom.

The police allowed Chubby to get his guitar then put him in his cell. He remembers spending the entire first night composing music—the result was Coco Sec. Thankfully, Chubby's sentence was just four days in jail and after he was released, he soon headed to Martinique to record his new song.

He says the ever-popular Groovers have performed all over the world and still perform overseas. They also continue to record—releasing the 'System Na' album in 2014 with another due next year.

He laments that the latest music from Dominica is not penetrating the regional and international market as before. "I don't know what's causing that," he says.

"Music is a funny thing," he adds. "For music to be nice . . . for people to appreciate it; it must have harmony and a certain message . . . music now doesn't have those vibes."

Speaking of the World Creole Music Festival (WCMF), Chubby is concerned that after nearly 20 years the venue doesn't have its own sound or stage lighting system.

Furthermore, he believes one segment of the three-day event should be set aside to highlight Dominica's music and culture exclusively.

When Chubby is not performing or practicing, he is on his farm where he grows fruits and vegetables and raises livestock.

He's a vegetarian; maybe that's why he's so slim. So why is he called Chubby?

Well, he laughs, it's because he used to imitate 1960s singer and dancer 'Chubby Checker', who made 'the twist' famous.