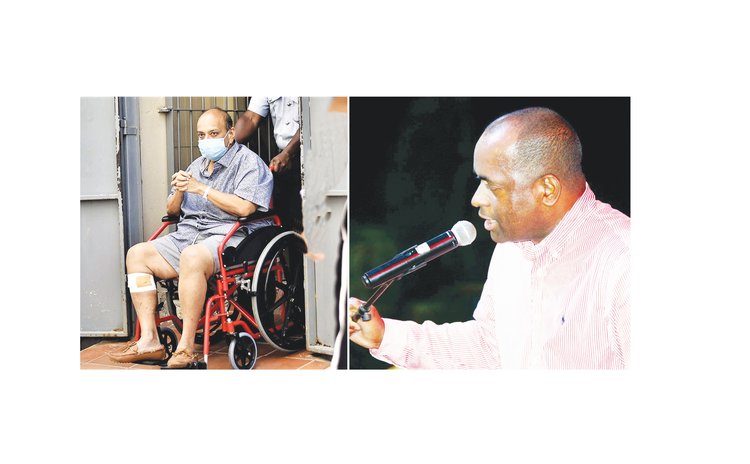 Dominica's Prime Minister Roosevelt Skerrit has washed his hands of any involvement in Mehul Choksi's mysterious arrival in Dominica and has labeled such claims as "total nonsense."

Choksi, a 62-year-old India-born diamantaire who holds citizenship of Antigua and Barbuda is wanted by Indian judicial authorities for allegedly cheating the Punjab National Bank of two billion US dollars.

Whilst police in Dominica claim that Choksi entered the court illegally and has since laid a charge of such against him, Choksi through his attorney alleges that he was kidnapped, beaten, and unwillingly brought to Dominica.

The matter has attracted significant media attention and Dominica has found its way at the focal point of the issue.

With several parties implicating the government of Dominica and the police, both have remained tight-lipped on the situation. However, in a recent interview with the media, Skerrit debunked claims of a plot between his government, Antigua's government, and India's.

Skerrit said that despite criticism the action of the police to apprehend Choksi does not degenerate Dominica's name as the country is abiding by its international obligation and the rule of law.

The Prime Minister further avowed that his government will evenly apply the law irrespective of who is accused of committing any crimes.

He said such was the case with Iranian-born, Dominican citizenship holder and diplomat, Alireza Zibahalat Monfared who was wanted by the Iranian government for allegedly embezzling billions of dollars while the country evaded international oil sanctions.

Monfared was arrested in the Dominican Republic in 2017 following a lengthy international manhunt.

"You saw all this talk about Monfared, had he stayed in Dominica at the time that the Iranian government had asked for him, we would have apprehended him," the Prime Minister stated, adding "there was a discussion and a decision to apprehend him so that the Iranian authorities could present to us the charges. Mr. Monfared was a Dominican citizen but we hold a brief to the international law, our responsibilities, and our obligations."

Skerrit urged people who oppose his government, mainly United Workers Party (UWP) supporters and the party's leader, to not be selective in matters they support especially when it's of a similar nature.

"I'm hearing Dominicans, especially the opposition, talking about Mr. Choksi but there's a young boy from Grand Bay, facing extradition to the USVI and we heard nothing from the opposition in that matter. So we cannot want to be treating different people differently depending on who they are or how much money they may have. All of us are subjected to the laws irrespective of our position or how much money we have or we don't have."

The Prime Minister said his government will allow the court to carry out its process regarding Choksi, and gave the assurance that his rights and obligations will be respected by Dominica.

Skerrit further made known that he supports the government of Antigua in the move to revoke Choksi's citizenship.

Choksi has been a patient at the Dominica China Friendship Hospital (DCFH) for over one month. Among his conditions is brain hemorrhage (bleeding in the brain). His attorneys have requested private consultation with the medical doctor of his choice but this application was recently denied by the Chief Magistrate, Candia Carrette-George.