Cleansing media in the Caribbean 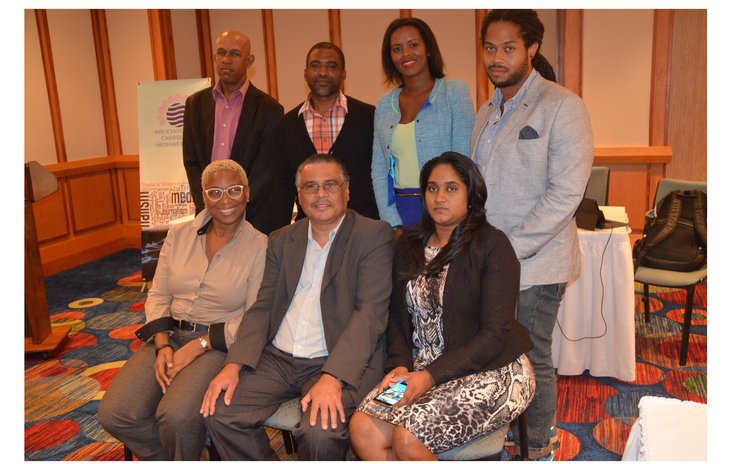 Clive Bacchus, the former president of the Association of Caribbean Media Workers (ACM) has lashed out at media workers in the region whom he claims are "stealing news" and claiming it as their own.

"They are going on and taking people's stories and getting paid for it, claiming it as their own," he said. He made these comments last week in an address to regional media workers at the 18th biennial assembly of the ACM in Port of Spain, Trinidad.

"In newsroom you find they are either shrinking the number of staffers or they are …stealing news and reselling it back without attributions. They are thieving news... claiming it for theirs. No it's not yours, you are stealing it; we are if stealing from each other so how are we going to move on," Bacchus stated.

He also criticised political parties who run State media in the Caribbean.

"What we are actually facing in the region is political party syndrome. Political parties running the media for their own advantage to stymie the opposition, to dodge questions and to release propaganda," he said.

He continued: "Unless we have transparency and accountability in the appointment of boards and have established broadcast and media codes with criteria and penalties for certain kinds of conduct, we will continue to have political parties running State run media masquerading when in fact they are running machinery for their re-elections."

Very often, he said, parties in opposition can point to all that is and was wrong with the government but when they come to office they replicate it.

"So when they come to office is there a change or an exchange...it's my turn now, they used to do it so I can do it. In the region, there is a culture of a heavy investment in spin, propaganda and attacks on people who do not fit the narrative," Bacchus said.

Media works, he said, are actually at each other's throats with the rival media and the opposition media versus the government media. Bacchus who managers the Winn FM radio station in St. Kitts, said that if tax payers are going to fund State media, then State media must operate for tax payers.

"The board and its chairman must be held accountable to the tax payers and not the government as they do things for the party and says it's okay. We are still under the influence of an international media, America dominated. Media workers are facing dire conditions of work in the region. Remuneration, employment ...media ownership in the region determines what gets published," he said.

Meantime, Maxi Cuffie, the former president of the media workers association of Trinidad, who is now Trinidad and Tobago's Communications Minister reminded his former colleagues that as media practitioners and disseminators of information, they must do what is necessary to regain or enhance the confidence of those they are entrusted to inform.

"We need to keep faith with those who depend on us to provide trusted, timely and reliable information," he said. He said the new government of Trinidad is of the view that State media is an oxymoron and that the government should have no role in owning media of any kind.

"That is why we have moved to install independent directors at the State-owned media companies, as we chart a new direction for these organisations. At the same time, we respect those who see a role for the State in media ownership and no doubt, the views expressed today, will assist in refining our final positions on the issue," he said.

He continued: "I challenge anyone to assert that, after more than 90 million dollars spent, they feel either better informed, entertained or even better prepared by State media to face the challenges we know are confronting us today. The People's

National Movement in its 2015 manifesto, that is now government policy, has pledged to restore honesty, openness, accountability and integrity to the governance process. We expect that a free and independent media will be required to hold us to these standards. Trinidad and Tobago is a country where freedom of the press and freedom of expression are jealously guarded by media workers and the man in the street".