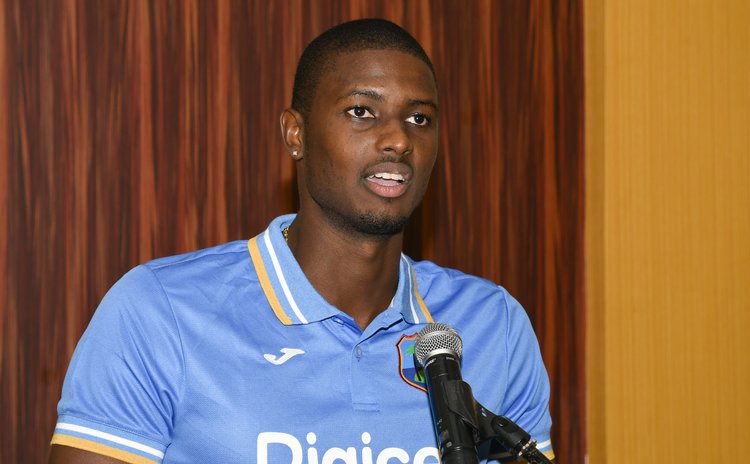 Local cricketing stalwart, Clem John believes a general lack of discipline by West Indies (WI) cricketers is one of the reasons for the team's slump in international cricket.

John declared, "Today, cricketers are not disciplined on and off the field. . . not highly committed. . . To me, they don't have a will to win.

He thinks WI players also suffer from poor fitness. "Fitness is a problem for us. . .in this recent Pakistan [cricket series], our biggest problem was fitness," he contended.

"How on earth can you have a pair of shades and see a ball as bright as I can see without shades?"

Players also tend to captialise on the financial opportunities the game has to offer.

"Back in the day there was more passion, but today it's all about the money," he said.

He suggested linking pay to performance. "West Indies selectors do not put emphasis on the fact that you must play to earn…there should be clauses stating that if you score 'x' you will earn 'y'. "

John also believes that another problem with West Indies cricket is the fact that some top players get too involved in social activities and this distracts them from focusing on improving their skills.

Furthermore, he believes selectors' constant chopping and changing of the team deprives players of an opportunity to "grow" in the game when on the West Indies team.

"You cannot play two, three games and become a star. . . the players themselves are afraid of failing because they might be dropped. They go with a fear, and. . . they fail," he noted.

But all is not lost, John said, because WI cricketers can make a comeback by incorporating discipline, commitment and perseverance in their approach to the game.

He added that despite WI's shortfalls, the Region still produces naturally talented players who could be groomed to hold their own among the world's cricketing greats.

In his view, the top cricketing nations do not have more raw talent. "But they have something we don't have…discipline, temperament, perseverance…" he said.

John also thinks the WI team does not know the history of the game, especially the national pride generated by great WI teams of the past. Therefore, they have no passion to defend this rich legacy.

According to him, WI team members also appear to suffer from a lack of confidence on the field.

John pointed out that WI stars of yesteryear were supremely confident and determined to win, so when they went out to play their passion and power intimidated and overwhelmed opponents.

"We were below zero. . . we came back and we tore everybody apart. Today we go down because we do not know the history . . . young people today do not know how much we suffered," he said.

John lamented that WI's top-order batsmen are too inconsistent tending to have just a few big scores amid many low scores. "That is where our problem is; you have to be consistent," he observed.

He also argued that technology plays a great role in cricket today and strong cricketing nations use it to develop their talent while the WI team tends to rely on talent alone.

"The Australians with their technology studied our players. We did not study them. . . that is what is wrong . . . while they were developing their talent, we were playing the ass," he said.

John believes the West Indies Cricket Board (WICB) is playing a major role in encouraging young cricketers and presenting generous opportunities to them like never before.

He noted that the board is also engaging some of the greats of yesteryear as leaders and mentors, but he does not think all of the persons recruited are equipped for those roles.

John also does not approve of how people are selected to serve on the WICB. "People who serve on the board, I don't like how they find themselves there. I believe there should be an election.

"You find that a member of our board here could automatically be a member of the WICB board and I don't think that is fair because the guy might not be equipped."

Furthermore, John believes it would be better if the WICB's senior officials were cricket enthusiasts rather than businessmen, and if the focus was on developing the game rather than finance.