"Clem was a master at anything he set his mind to" 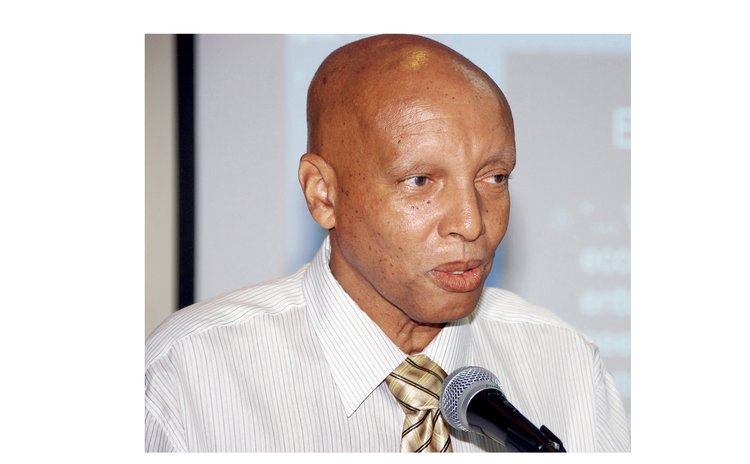 Clement Carty- a true hero in so many ways to so many of us. How can you distil a life of 74 years into a 20 minute Eulogy? Mr. Carty was born on February 21st 1948 to Winifred Carty and Austin Carty in Antigua and was the first of four children.

Carty was always known and thought of as protector and the strength of his family. His intelligent mind flourished throughout his childhood, excelling academically even to obtain the island scholarship while attending primary school. He told many stories of when he was young and the many adversities and tribulations he had to endure but nevertheless, he followed his path, simply when it came to his academics. He was very studious which helped form his future towards his accounting profession.

Clem, as known to most, was a master at anything he set his mind to, even so, that he obtained his Masters' Degree in Accounting at Cambridge University and Oxford University in the United Kingdom. He was a disciplined man of God first and foremost but family came immediately thereafter.

For the better part of his life, Clem was married to Grace Francis-Carty who nicknamed him "Boss Cat" and together they raised six children - Merlyn, Herbert, Pearl, Clement ,Atlee and Austen. He never missed a birthday or special event nor ever forgetting to assure his family that he will always give his best including summer vacations - a true father indeed.

Clem was also an excellent grandfather to his grandchildren and they loved him dearly. He will always be remembered for the hugs that he gave and especially the snacks that he would always buy including the famous Shirley biscuit. (chuckle).

Mr. Carty was employed with the Government of Dominica from 1966 where he started off as a clerk at the Portsmouth Sub-treasury where he worked for 4 years before transfer to the Treasury in Roseau where he continued up till 1979 at which point he got a scholarship from the Commonwealth Fund for Technical Corporation to pursue the Association of Accounting Technicians (AAT). He returned home in 1981 and continued at the Treasury Department for 3 years, was seconded to the AID Bank from 1985 where he held positions of senior accountant and acting general manager occasionally until retirement from full time employment in 2008.

A staunch Methodist, Clement Carty believed in and followed the principles and disciplines that governs the Methodist faith and was not afraid to challenge anyone when he had to on the matters. He served the church very faithfully in the giving of his time, talents and treasures/ monetary as God had blessed him. At Dominica circuit level he served as circuit steward, he attended several Synods, now district council. Here in Bethesda, he served as congregational steward, class leader and participated in other general activities in the life of the church. At the district level he served as district auditor. He was regular at worship as far as his health permitted.

He was humble but stern and would embrace any and everyone but would never allow someone's wrong to be accepted as right. The strength he possessed was never flashy, maybe boastful (chuckle); however, he was a quiet, unassuming man who lived his life with principles and determination.

It is hard for his family to ever imagine life without the great Clement Montgomery Carty- a true father, grand-father and an unforgettable friend! To all who truly knew him.