Climate is changing, food and agriculture must too 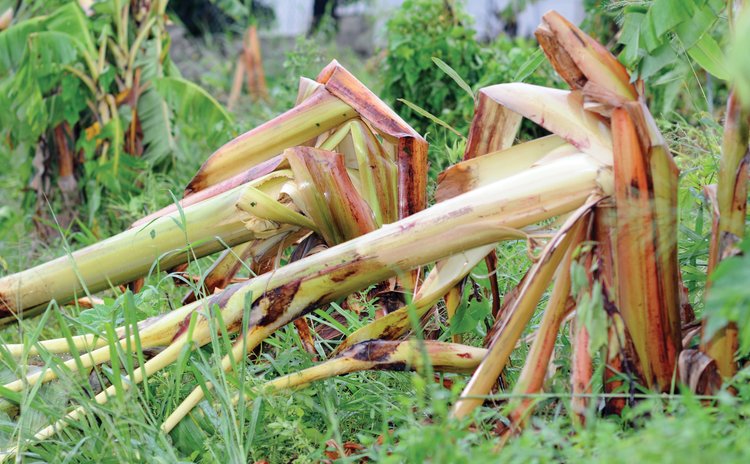 One of the biggest issues related to climate change is food security, says the Food and Agriculture Organisation of the United Nations as it prepared to observe World Food Day 2016 on 16 October.

According to the FAO, the world's poorest - many of whom are farmers, fishers and pastoralists - are being hit hardest by higher temperatures and an increasing frequency in weather-related disasters. Haiti's calamity of last week, caused by Hurricane Matthew, is a typical example.

"This is the only way that we can ensure the wellbeing of ecosystems and rural populations and reduce emissions," the FAO states. Hence the theme for WFD 2016: "Climate is changing, food and agriculture must too".

So, FAO is calling on countries to address food and agriculture in their climate action plans and invest more in rural development.

By strengthening the resilience of smallholder farmers, we can guarantee food security for the planet's increasingly hungry global population also reduce emissions, the FAO argues.

On a local basis, building resilience and ensuring greater food security means the development of a comprehensive plan for the revival of the sector. Clearly, officials of the Ministry of Agriculture for decades appear to be tinkering with various aspects of agriculture with varying levels of success but most observers are convinced that this "toopatou" approach to agricultural planning will not work as the country grapples with the effects of climate change.

Nevertheless, recent discussion in the press on farming and rural development indicates that Dominicans may be awakening to the realities of the global situation affecting the sector. But that is a few years late.

In a recent World Development Report, the World Bank stated that "it is time to place agriculture afresh at the centre of the development agenda "because of the wide range of opportunities and challenges that have emerged".

The Sun has reiterated, especially during the current national economic crisis that there will be little sustainable growth in Dominica's economy unless we improve production and productivity in agriculture. This time, the Sun goes further to state that if the government gets its policies right, and puts its money where its mouth is, Dominica could experience the revival of the decaying towns and villages.

But as the farming crisis deepens, due to climate change and neglect, we expect our government to do much more than it has done up to this point. Recently, we heard some positive utterances from a few policy makers about the importance of agriculture to the revival of the economy. But words alone have never been enough. As the World Bank says in its Development Report, "Agriculture has served as a basis for growth and reducing poverty in many countries but more countries could benefit if government and donors were to reverse years of policy neglect and remedy this underinvestment and mis-investment in agriculture". The World Bank states the obvious when it writes that agricultural production is important for food security because it is also a source of income for the majority of the rural poor. However, it adds that there are new opportunities for agriculture such as dynamic new markets, far-reaching technological and institutional innovations, and new roles for the State, the private sector and civil society.

However, as we have stated on previous occasions, if we are to successfully combat climate change, we have to find solutions to the persistent problems that have caused agriculture to stagnate. These include the misuse of land, the unavailability of irrigation, the scarcity of price incentives, lack of access to financial services, poor feeder roads and transportation systems to move produce from farm to market and most importantly, low production and productivity of small farmers.

As we have noted, the agricultural sector in Dominica has not even began to scratch the surface in terms of the use of science and technology, such as tissue culture and biotechnology and genetic engineering, to help boost production of food for local consumption and for export. What is more, the Caribbean has, in recent times, adopted an absurd reverse strategy; we have, for all intents and purposes, shut down our research and development systems in agriculture in Dominica and the region. What product, may we ask, is able to survive and prosper in this competitive world without adequate investments in research, development, marketing, education and promotion? None; certainly not agriculture.

As we said in a previous editorial, this is the worst of times for agriculture and food production in Dominica and the Caribbean. But it is also the best of times because it is the beginning of an opportunity for farmers to receive, at last, some fair return for their labour. We are convinced that because of the current world economic crisis, farmers of Dominica and the region now have a golden opportunity to create jobs, boost investment in rural areas and improve the national economy.

But we have to get back to the basics of managing and developing the farming sector because climate is changing and so farming and agriculture must change too.