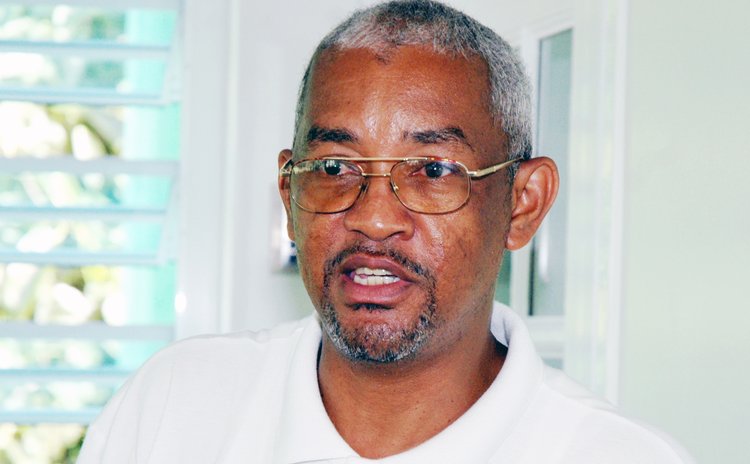 Fifteen affiliated clubs to the Dominica Olympic Committee (DOC) want a special annual general meeting and like the Internet Children of Mighty Lugar's 2012 calypso they want it now. Well, at least within 15 days.

"We received 15 out of 18 signatures of member associations, showing in no uncertain matter the level of discontent within the membership of the DOC," a DOC source stated. "The Associations that we do not have are lawn tennis and hand ball which we did not seek, knowing that Felix Wilson and Thomas Dorsette are in control of these associations, and the Rifle Club".

Article 18.1 of the DOC Constitution mandates that a Special General Meetings of the Committee "shall be called by the Executive or upon a requisition signed by at least 51% of the voting members of the Committee of which five members must be from affiliates on the Olympic Sports Programme".

"We needed five members which are affiliated to the Olympic Sports Programme and we have ten and as you can see we have much more that the 51%, so according to the DOC constitution they must call that meeting," the source said. "The wheels of justice are gathering pace and we are going full speed ahead to victory."

The letter from the disgruntled clubs, dated April 25, 2013 stated that the special AGM is necessary to discuss the role, composition and function of the DOC; the legitimacy of the athletics representatives who voted at the last AGM; the denial of members associations from voting; the non-acceptance of nominations; inconsistencies in the number of nominations and financial activities of the DOC from the 2012 Olympics to May 2013.

"This situation all started after the election of officers in February this year when there appeared to be multi- irregularities with the election process," another source told the Sun. "Some Associations were not allowed to vote while others who were the same status with those who were not allowed to vote cast their ballot. Possibly the most contentious aspect of the elections was the votes cast by the athlete's reps where none of the persons who voted were qualified to do so under the DOC constitution.

"One person who voted took part in the 1996 Olympics so his term would have expired at the end of the 2008 Olympics and the other is not an Olympian. Also both persons who voted were males. So both sections of the constitution were blatantly violated".

But the Executive will contend that the election held on January 24th at the Fort Young Hotel was free and fair and in keeping with the constitution. When the Sun spoke to Phillip White, the treasurer of the DOC, just after the controversy erupted in 2013 he said that to be a candidate for election, one must be a delegate at the special conference which follows immediately after the dissolution of the incumbent executive at the end of the DOC AGM.

He added that the president and general secretary of the DOC do not have to be affiliated with any association. White told The SUN that it was the practice of the DOC to have these two fora unlike some bodies which have the election of officers within the agenda of the AGM.

One becomes an affiliate of the DOC by applying for membership, White added. The applicant has to show that it has an executive committee, that it is affiliated to its international federation, and has activities within the sporting fraternity.

White said for the DOC to exist, it must have five Olympic sports affiliated to the international federation, and once you have these five associations the DOC can function. Then you continue to add other sports associations.

White added that the functioning associations of the last four years were football, athletics, boxing, volleyball, table tennis and tennis have been up and down, and swimming has not been active. And now we have new sports like handball, fencing, archery, cycling and taekwondo.

Asked whether these non-functioning associations were eligible to participate in the AGM, White gave an emphatic yes.

"We have all the affiliates, those actively functioning and those that are in the process of coming on stream as well as the non-Olympic sports. Each affiliate of the DOC is entitled to have two delegates," he said.

According to the DOC constitution, a legitimate request for a Special AGM must be held within 15 days after the request was received by Secretary Dorsette. The countdown started on May5th. Hence, the DOC must meet this week to thrash out their problems.