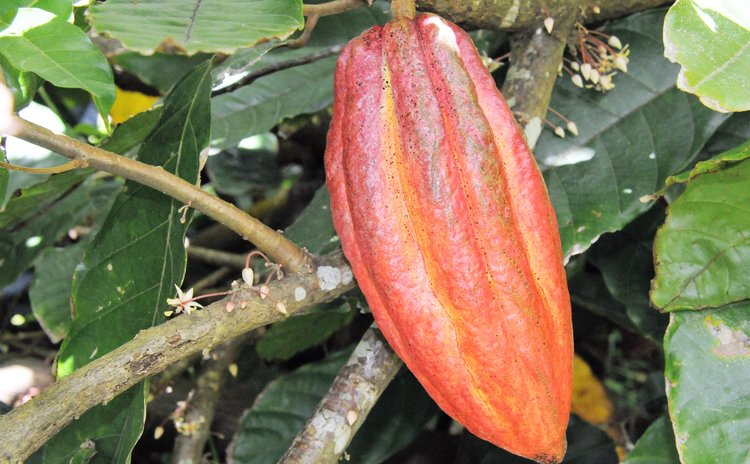 With a new $200,000 project, Dominica is making fresh efforts at exploiting its environmental advantage for growing and exporting cocoa.

"I believe we have now an excellent opportunity with the collaboration and the support of donors such as Compete Caribbean to make cocoa a flagship, a model" said Gregoire Thomas, the General Manager of DEXIA, at an indicative project stakeholders meeting on Tuesday February 06, 2020.

Thomas told "cocoa stakeholders"-such as the Organisation of Eastern Caribbean States, CREAD, NDFD- that this was DEXIA's latest effort at the development of the cocoa industry.

"Our involvement in the cocoa sector goes back to 2008, around that time, when there was very strong interest in the cocoa that we produced in Dominica", Thomas said.

Around that period, an importer of fine-flavoured cocoa requested "a container load" of dry cocoa beans, about 56,000 pounds of wet cocoa. In collaboration with the Ministry of Agriculture, DEXIA went on a cocoa hunt; it bought beans; leased facilities for fermentation but the programme did not progress.

"With all that effort we ended up with about 9,000 pounds," said Thomas. "So the beans we obtained were not sufficient to fill a container. Then we realised that we have some challenges with production".

With assistance from the European Union (EU) DEXIA made another attempt at rehabilitating cocoa –planting, pruning and pest control.

Then Hurricane Maria struck causing major damage to agriculture, cocoa included. That has been the cocoa story for nearly two decades. But now there seems to be new hope.

Cocoa is a popular crop worldwide; 25 million acres of the plant existed in 2016; the bulk of production comes from millions of farmers who grow the crop on small multi-crop plots, like in Dominica's mountainous regions.

In 2017 world production of cocoa beans was 5.2 million tons with production led by the Ivory Coast and Ghana in Africa and Indonesia.

Cocoa beans are used primarily to manufacture chocolate, a US $50 billion-a-year business. Cocoa sold on the world market at US $2,134 per metric ton in October 2018.

But Dominica has a unique advantage for producing one of the best flavoured cocoa in the world-its fertile soil, natural environment and knowledgeable farmers.

Stuart Paris of the North East Cocoa Growers Cooperative proved this in 2017 when he was named on a list of 18 international Cocoa Awards winners.

The Cocoa Awards is like the Olympic Games for Cocoa growers. In the 2019 programme for example, 500 cocoa and chocolate professionals and 20 International Cocoa Award winners from everywhere in the world were celebrated at the Salon de Chocolat in Paris.

"We are entering a new era for cocoa that makes us discover all the potential and the pleasures that its genetic diversity, its environment, its culture and it know how…provide," said Brigitte Laliberte, Cocoa of Excellence Programme Coordinator.

So, what makes fine flavoured cocoa?

Excellent trees, suitable environment, optimum fermentation and dry and farmers who know what they are doing.