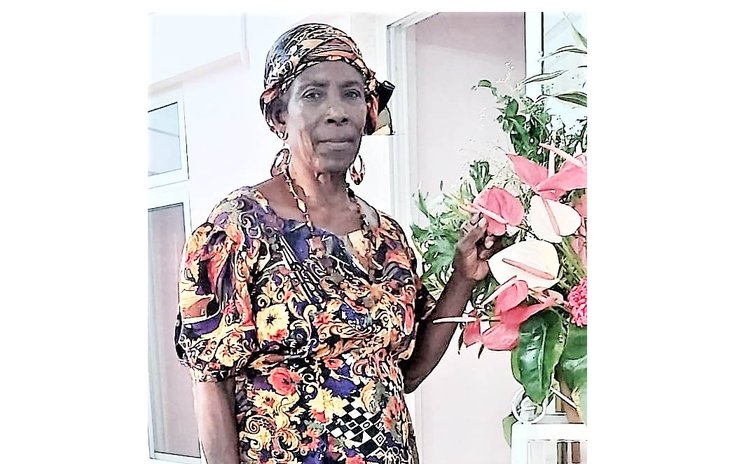 Many Dominicans don't understand Kokoy but for persons in the Northeast region, like Wesley, Marigot, Clifton, and other neighboring communities Kokoy is their lingua franca.

The language remains quite distinct from standard English. Both in morphology and phonic structure, kooky is similar to West African languages while its actual speech patterns parallel those of the English Creoles spoken in Jamaica and Antigua.

Kokoy was introduced to Dominica by immigrants from Antigua and Montserrat towards the end of the 19th century. Those hard-working people were largely of the Protestant faith, in particular Methodists. They worked on the estates of Hatton Garden, Londonderry, and Eden at Wesley as well as on the Woodford Hill Estate.

Nowadays, Kokoy enjoys a greater acceptance in the wider society and Kokoy speakers want official recognition as a valid language for their native tongue.

One individual, in particular, is Ms. Collette Dianne Telemaque who received a Special Recognition Award at the 2020 Golden Drum Award ceremony for the promotion and preservation of the Kokoy language, agro-industries, local confectionary, and traditional drumming.

In an interview with the Sun, Telemaque explained why she is championing for the language to be adopted and preserved here in Dominica similar to what has been done for the Kwéyòl language.

A Kokoy Committee was established during the Nineties to encourage its preservation and promotion, and a Kokoy language programme was aired on the Dominica Broadcasting Corporation (DBS Radio); however, these efforts have been short-lived, but Telemaque is hoping that this can once again come into fruition.

"What I am hoping will happen is that one day we can have our news aired on the nation's station and all the other news outlets in Kokoy. I am hopeful that it will begin to get some recognition and not only during the independence season when I'm invited to the schools to tell a story in Kokoy," she said.

Like Kwéyòl, its Dominican sister language, many-viewed Kokoy as the language of the unlearned, illiterate, and especially working class peasants. Some people characterized Kokoy as bad or broken English in the same way that Kwéyòl was regarded as a patois or broken French. But Telemaque noted that at most of the schools she's invited to perform at, both the students and parents have been very receptive.

Similar to the collaboration which was done with the Ministry of Education and the Cultural Division to launch a pilot project in 19 primary schools in Dominica to teach the Creole language, she is hoping to meet with the Minister of Education in the near future to have this done for the Kokoy language.

Understanding that there may be objections to this being done by those she considered "narrow-minded," she advised them "this is part of our heritage, and it should not be tossed aside. We have a lot of foreigners who come to live in Dominica and they are proud to speak their language so it's only right that those of us who are here promote our different roots. If we don't, eventually it will get lost, and our children will only be taught another man's language such as Spanish and French."

Discussions are also underway to have a Kokoy dictionary written for a better understanding of the language.

In terms of usage, Kokoy lends character and drama to the social commentary of Carnival songs, the rhythmic hauling and digging songs, the spellbinding oratory of folktales, and the reverential essence of vernacular praise for God himself. The common use of Kokoy by persons of advanced educational standards underscores this point.

The stories which are told in the language are usually done by drumming, and Telemaque has been instrumental in leading the Young Pioneer group which consisted of boys and girls from 6-12 years old.

Though the group is no longer together, they were known for their expressive drumming performed at various events. Telemaque, the language activist has also taken part in many cultural events, especially Kokoy Tory on numerous occasions.

During the last 20 years, Telemaque has become a producer of local wines such as plantain, plum, cherry, mango, golden apple, and even punch-e-Kuba. She has also been producing coconut oil, both virgin and regular, over the past two decades and she is also popularly known for her local confectionaries such as peppermints, ginger cake, and coconut cheese, but she says business has slowed down since Hurricane Maria and despite applying on numerous occasions, help has not been forthcoming.