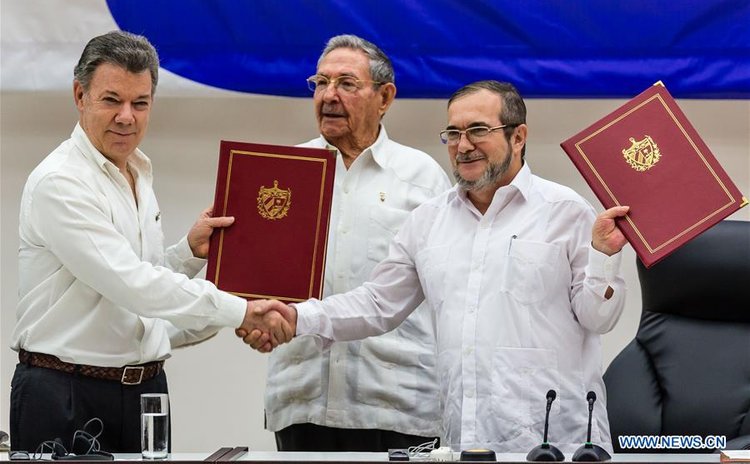 "The award should also be seen as a tribute to the Colombian people, who ... have not given up hope of a just peace, and to all the parties who have contributed to the peace process," Kaci Kullmann Five, chairperson of the five-member committee, said in her announcement.

Santos initiated the negotiations that culminated in a peace accord between the Colombian government and the Revolutionary Armed Forces of Colombia (FARC), the country's largest rebel group. But the peace agreement was narrowly rejected in a referendum on Sunday.

"The fact that a majority of the voters said no to the peace accord does not necessarily mean that the peace process is dead," Five said. "The referendum was not a vote for or against peace. What the 'No' side rejected was not the desire for peace, but a specific peace agreement."

There are 376 candidates for the Nobel Peace Prize for 2016, out of which 228 are individuals and 148 are organizations. This is by far the highest number of candidates ever. The previous record, 278 candidates, was set in 2014.