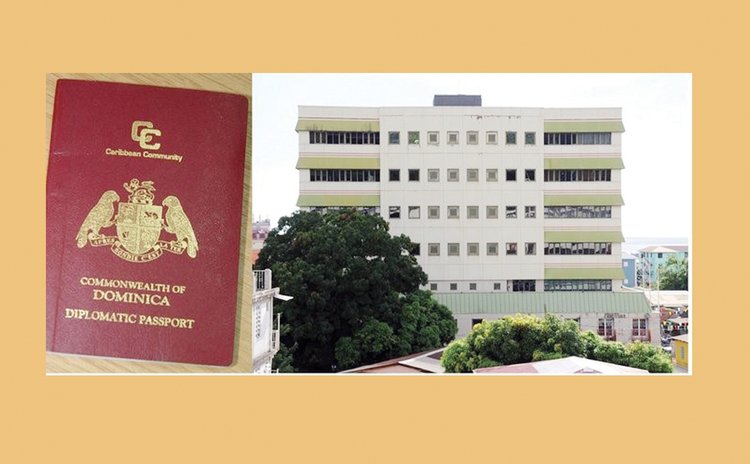 With two eastern Caribbean neighbours – Antigua and Barbuda and Grenada – having published their lists of diplomatic passport holders in recent days, pressure is being applied on the Prime Minister, Roosevelt Skerrit, to come clean on the holders of these official Dominican documents.

This has been a continuing and contentious issue as an increasing number of people of questionable character have been found to be holders of Dominican diplomatic passports. Among them were Vladimir Antonov, a Russian millionaire who had been facing fraud charges in Europe. In 2015, Antonov was charged by Lithuanian authorities with stripping 470m euros (EC$1.5b) and US$10m (EC$27m) from Lithuania's Snoras bank. A year later he was found guilty by a high court in London of committing financial fraud in a case involving a collapsed Latvian bank, and in March last year he was jailed in Russia after he pleaded guilty to bank fraud.

Other shady characters to have been given Dominican diplomatic passports include Diezani Alison-Madueke, the former Nigerian minister who was appointed by Skerrit as ambassador and commissioner for trade and investment, and was arrested in Britain on suspicions of bribery and money laundering and Rudolph King who was appointed as ambassador to Bahrain, and was jailed in the United States for filing a false claim with the American Internal Revenue Service.

These appointments, along with others that come to light only after these characters are arrested, have led Crispin Gregoire, a foreign relations expert and former ambassador to the United Nations, to demand laws to govern Dominica's foreign policy matters.

"Dominica is yet to have laws that govern foreign policy, including the relationship between the foreign ministry and the missions," Gregoire told The Sun. "The way you appoint ambassadors must come before parliament. It's one thing for someone to come to me with a lot of money but [if] you haven't done your research [it could be embarrassing]."

When the Antigua government released the list of 145 names last week – 15 of whom are foreign-born diplomats and envoys – it said the decision was to ensure transparency. In Grenada, the foreign minister presented to parliament a list of 60 names of people holding that country's diplomatic passports – 28 of whom are Chinese – after the opposition leader requested it.

However, the last time Dominica's opposition leader, Lennox Linton, requested similar information from the Skerrit administration back in 2016, the then foreign affairs minister, Francine Baron, suggested it was state secret.

"While the government could have no difficulty sharing the number of diplomatic appointments and posting established, it remains opposed to the idea of divulging the information on all appointees in a forum that is essentially public in nature and to which the entire world has access," Baron said at the time. The administration is yet to provide any clarity on the matter, even as it proceeds with appointments further.

"They're not learning [from past experiences]," said Gregoire as he stressed the need for transparency in foreign relations. "You don't know the number of diplomatic passports that have been allocated and to whom. And some of these people have diplomatic appointments."

To emphasise the point, Gregoire related a story concerning government's attempts to appoint a Belgian as ambassador to Ireland some years ago, an appointment which the Irish turned down. After leaving the UN, Gregoire told The Sun, he dug into the person's background and the findings were shocking.

"When I checked the name, thy guy was 80 years old. And I did some research on the guy and found out that this guy was [ferrying] weapons and he was also involved in a bank robbery in Belgium and did some jail time. And the worst of it, this guy is involved in anti-Jewish activity, he's a neo Nazi," he revealed.

It's to avoid these and other potentially embarrassing situations that the former diplomat insists on laws to govern everything related to foreign policy. And, Gregoire predicted, such legislation would have the opposition's support.

"I think the opposition would support such an act," he said, "as long as it regulates foreign relations, especially who gets diplomatic passports and the appointment to ambassadorial posts."