Common Entrance or Grade Six Assessment: A rose by any other name is as thorny 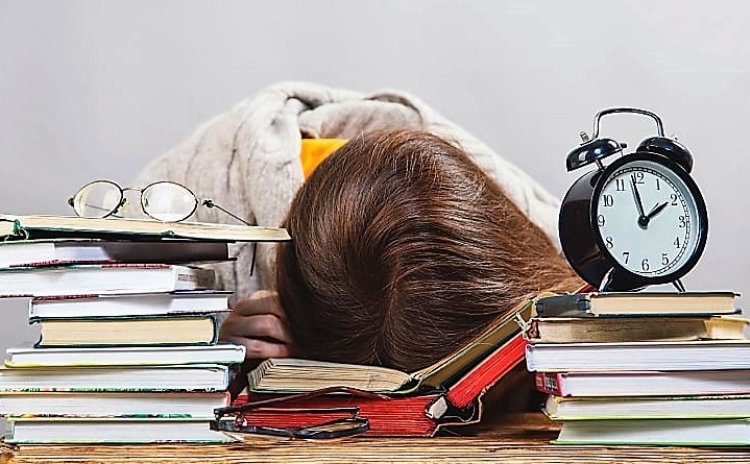 If there was a Nobel Prize for recycling problems Dominica would win all the time. We're extremely good at that- sweeping problems under the rug.

Let's take one example but be aware that there are several others, such as the Citizenship by Investment programme that begun under the Dame Eugenia Charles administration more than four decades ago and the electoral reform process that is at least a decade old.

Our concern this time around is the Grade Six National Assessment Examinations (GSNAE).

With the introduction of universal secondary education, almost everyone realised that the concept of common entrance, which assigned students to a limited number of secondary school places, made no sense. So, we went ahead and reengineered the Common Entrance Examinations (CEE) and created the GSNAE, the result of which the Ministry of Education release a week ago.

But if there were some serious concerns with the CEE then we have failed to address and remedy these problems - we just changed the name from Common Entrance to Grade Six National Assessment but the examination system that is extremely damaging to children's self-esteem, that perpetuates inequality and, frankly, should be replaced, persists.

In the Common Entrance system, our students competed for secondary school places but in Grade Six they now compete, as if their lives depend on it, for scholarships and bursaries and places at the best schools. Unquestionably, the stress and chaos, and unfairness are unrelenting.

Krystal Penny Bowen, a writer who critiqued these once-in-a-lifetime examinations, the common entrance and the grade six, has noted the "long-term psychological scarring… and the ability to ostracize individuals and stifle the natural talents of students who will mature academically at a later age or have success in areas outside of English, Mathematics and Composition".

Bowen wrote in the Barbados Nation that "the current challenges which face the Common Entrance exam candidates today are the same as those in the past".

But Dominican parents and students know that. They have witnessed the stress that young girls and boys and their parents experience for more than two years during these formative years at primary school as the students labour with unending homework assignments that they toil to complete by working late into the night and on weekends.

These students are forced to memorise an endless array of facts that the educationist Paulo Freire, a Brazilian educator and philosopher, has described as "banking" in which teachers fill the "empty heads" of students with near-useless facts.

What is most significant, with this system creativity, problem-solving, and critical thinking instructions are shelved.

And as the education system continues to glorify and praise a few top students there is absolutely no anxiety for the thousands of students who return home with bruised egos and damaged self-esteem.

Dr. Kezia Gopaul-Knights, a Trinidadian who is currently an Assistant Professor of School Psychology at California State University, Los Angeles in the Department of Special Education and Counselling agrees.

She continues: "There is a self-fulfilling prophecy that is potentially at play here where students come to accept low expectations about their academic ability and in turn perform poorly".

Note that the underperformers are the boys who inevitably end up in these second-tier secondary schools and whose, according to Dr. Kezia Gopaul-Knights, self-belief we have damaged.

The point is the formulators of Dominica's education policies must find alternatives to the GSNAE.

The solution probably lies in continual teacher training, paying teachers what they deserve, and a focus on continuous evaluation at primary schools as well as an upgrade of all schools to the level of the top schools. Policymakers must also find systems that are more egalitarian to ensure that all young people get the best education possible.

On the subject of the wide disparity between the performance of boys and girls at the GSNA and other exams that has been a problem that we have talked about ad nauseam. The underperformance of boys has been a crisis for decades. We now learn that the minister of education has appointed a commission or committee to look into the problem.

We hope that this committee does not fit Fred Allen's description: "A committee is a group of the unprepared, appointed by the unwilling to do the unnecessary". Allen was an American comedian.

For many, many years, educationists have been saying that "a spiraling percentage" of adolescent teenage boys are displaying "intellectual lethargy and academic impotence". They claim that a large number of male students show more susceptibility to the drugs and guns and violence culture than girls; boys are also suspended more frequently and generally view schools and education as a waste of time.

While educators seemed to be ecstatic about the results of the yearly Caribbean Secondary Education Certificate (CSEC) they have conveniently forgotten the fact that the analysis shows that boys are continuing to underperform at all levels of the education system and this was rather obvious in the CSEC results. It also seems obvious that we have fallen into the promotion trap where we highlight the success of a few students and expediently ignore the fact that many students, especially boys, are unable to obtain a passing grade at secondary school. They then end up on the streets and in jail.

These deviant behaviour patterns among boys, experts argue, are partly due to the fact that the number of male teachers in the education system is abysmally low. Educators are becoming increasingly aware of the need for the presence of many more male teachers in order to turn around boys' underachievement.

So what are the reasons for men's avoidance of the classroom?