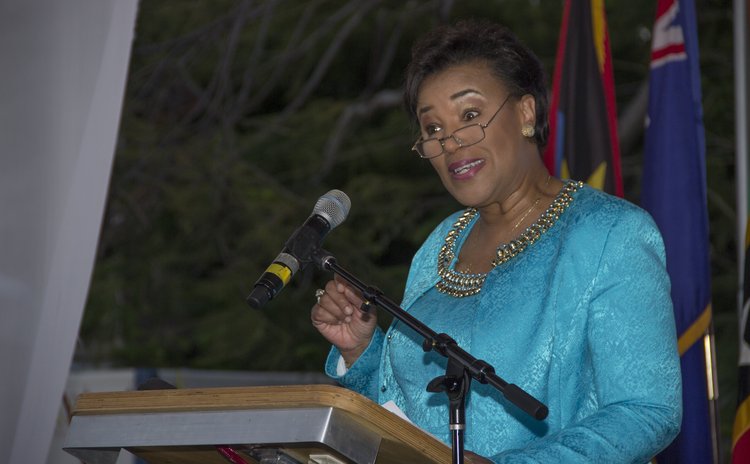 Climate change, indebtedness, protecting migrant remittances and banking systems, and the consequences of the United Kingdom's exit from the European Union on small and vulnerable economies are priority concerns for the Commonwealth Secretary-General as she heads to Guyana for the Caribbean Community (CARICOM) Conference of Heads of Government.

Secretary-General Patricia Scotland said: "Twelve of the member countries sitting around the table at this meeting are Commonwealth members. This is where policies that affect the lives of people in the Caribbean are shaped, so this conference is an opportunity to work towards solutions in support of national development."

During her exchanges with governments and regional organisations such as the Caribbean Development Bank, she will make available a Commonwealth policy paper which addresses the unintended consequences on the Caribbean's banking sector and migrant remittances of regulatory measures to prevent money laundering and the financing of terrorism.

She said: "We have a situation where financial institutions are reacting to these regulations by terminating or restricting business relationships with clients, or categories of clients, in order to avoid risk," she said. "It is a big concern for the finance ministers in the region I have spoken to, because it is making it increasingly difficult for local banks to operate effectively with international financial services. This form of 'de-risking' is also having a knock-on effect on the many people in the Caribbean who depend on remittances – money from their families and friends abroad."

"Commonwealth experts have come up with key solutions to these issues, which we hope Caribbean leaders will seriously consider. These include capacity-building for financial regulators in developing countries, setting high standards for money transfer businesses to help increase their legitimacy and reputation, and better guidance and standards for banks."

In addition, the Secretary-General will discuss the piloting of a Commonwealth Multilateral Debt Swap for Climate Action Initiative which will write off countries' debt in exchange for climate action. She will also highlight progress made on the Commonwealth Climate Finance Access Hub, which was announced at the Commonwealth Heads of Government Meeting last year to help countries access funds to deal with climate change.

"We have already selected a pool of experts for the Climate Finance Access Hub and have requests from a number of Caribbean countries for support to benefit from the substantial funds already pledged for climate action, but which are challenging to access. This is part of a package of measures, following our effective advocacy at the climate change summit in Paris last year, to ensure that countries can urgently respond to this existential threat and honour commitments made at COP21," she said.

From Guyana, the Secretary-General will fly to Jamaica, where she will launch a new Commonwealth collaboration on youth leadership with Common Purpose, a development charity, and the University of the West Indies. She added: "I have set these young people the immense challenge of finding solutions to the challenges and barriers that the world is grappling with in achieving its sustainable development goals.

"This initiative will really give young people, who represent 60 percent of the Commonwealth's more than two billion population, a voice on key national, regional and global issues, equip them with leadership skills and provide them with the networks and opportunities to really make a difference in their communities and across the globe." (Commonwealth Secretariat)