Communist Party of China: 100 Years of Achievements and Contributions 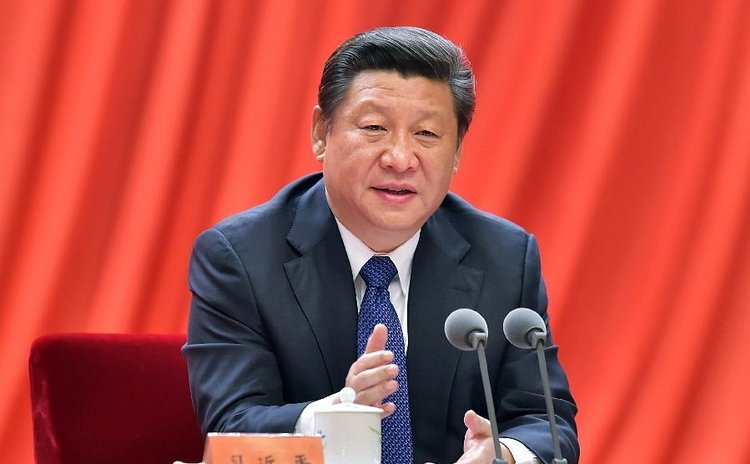 The Communist Party of China (CPC) will mark its 100-year anniversary on July 1. Committed to improving people's well-being, achieving national rejuvenation, and promoting global peace and development, the CPC has successfully led the Chinese people in the historic transformation of standing up, becoming rich, and growing strong, while making pronounced contributions to the development of human society.

The CPC has been guided by a people-centered governance philosophy that mandates serving the people wholeheartedly. It was the CPC that proclaimed the creation of the People's Republic of China (PRC) in 1949 that liberated the people from the centenary exploitation and oppression in a semi-colonial, semi-feudal country, granting them substantial political rights. Today, the Chinese people have enjoyed greater democratic rights, thanks to the continued political empowerment efforts. Increased economic opportunities have been provided, with 770 million people being lifted out of poverty and GDP per capita exceeding 10,000 USD for two years running, producing the largest middle-income population in the world. Progress has also been made in education, employment, health care, and environmental protection. The world's largest social security system covering 1.3 billion people has been in place. Faced with the sudden onset of COVID-19, the CPC launched an unprecedented people's war against the pandemic, echoing its pledge to put people's lives before everything else. Trust in government has surged to 95 percent, the highest of all countries, according to recent polls conducted by international agencies.

Born in a war-torn, underdeveloped country, the CPC led the Chinese people in a 28-year relentless struggle against foreign invasion and for national independence. As a result, the PRC was founded in 1949 and the unequal treaties and privileges forced upon China by Western imperialist powers were terminated, thus ushering in a new era of the development of the Chinese nation. It is fair to say it is history and the people that chose the CPC leadership. Following the founding of the country, the CPC stepped up national industrialization efforts, putting in place a rather complete industrialization and national economic system. Since 1978 when the reform and opening-up initiative was introduced, CPC has navigated the country towards a miraculous development achievement never seen before in human history. China emerged as the world's second-largest economy, the largest manufacturing powerhouse, the largest trading nation, and the largest holder of foreign exchange reserves, besides being a leading player in space exploration, satellite navigation, manned deep-sea research submersible, 5G network, high-speed railways, etc. Today, the CPC is pressing ahead with efforts to deepen reforms, enhance rule of law and strengthen Party self-governance. Special priorities are given to preventing and defusing financial risks, targeted poverty alleviation, and pollution control. With the 14th five-year plan announced as a blueprint for economic and social development, the CPC is now moving full steam towards building a great modern socialist country.

As a party with an international vision, the CPC has been devoted to championing global peace and development, making due contributions to the progress of humanity. The CPC is committed to protecting world peace and resolving geopolitical hotspot issues. China is the second-largest funding contributor to the United Nations and UN peacekeeping operations and the top contributor of peacekeeping personnel among the five permanent UN Security Council members has sent over 40,000 UN peacekeepers over 30 years. The CPC is dedicated to promoting common development and helping developing countries. China has provided around 400 billion RMB in assistance to 166 countries and international organizations and dispatched over 600,000 personnel on assistance missions. China actively participates in global governance and safeguards the international system with the UN at its core. Major contributions have been made in global poverty relief, anti-corruption, anti-terrorism, climate change, environment protection, pandemic control, and natural disasters. The CPC is pursuing a community with a shared future for mankind. The commitment to building high-quality Belt and Road, including Health, Green, and Digital Silk Roads, has injected new impetus to the world economic recovery. The announcement to have CO2 emissions peak before 2030 and achieve carbon neutrality before 2060, is the manifestation of China's contributions to global climate governance. The pledge to make COVID-19 vaccines a global public good has boosted international anti-pandemic cooperation. Now China has delivered over 350 million doses of COVID-19 vaccines to the world, including to over 80 countries in assistance and to over 40 countries in exports.

Over 100 years, the CPC has grown from a 50-member political organization to one with over 90 million members that lead 1.4 billion people. Certain distinctive elements of CPC's character hold the key to this success. The CPC is dedicated to achieving national rejuvenation while taking a people-oriented approach to governance and development, thereby forging an intimate bond with the people. It believes in seeking truth from facts and independently looking for ways of development feasible and suited to China. It never ceases to exercise effective self-supervision and strict self-governance with large-scale anti-corruption campaigns. It selects and recruits talented people ready to be devoted to the public good and promotes them based on their performance and popular consent, regardless of their background.

The CPC has established ties with over 600 political parties and organizations in over 160 countries and regions, and its relations with those in Latin America and the Caribbean (LAC) can be traced back to the 1950s. Over half a century, the increasingly heightened relationship between the two sides has played an important part in strengthening friendship, exchanging governance experience, enhancing economic and trade relations, and deepening people-to-people ties. In December 2015, the China-CELAC Political Parties' Forum held its first meeting in Beijing, a milestone event that provided a platform for party communication and exchanges.

The CPC wishes to continue to strengthen cooperation with LAC political parties based on the principles of independence, equality, mutual respect, and non-interference in each others' internal affairs, in a bid to enhance party building, advance national development and improve people's livelihood, as well as promote world peace and development and make greater contributions to building a community with a shared future for mankind.