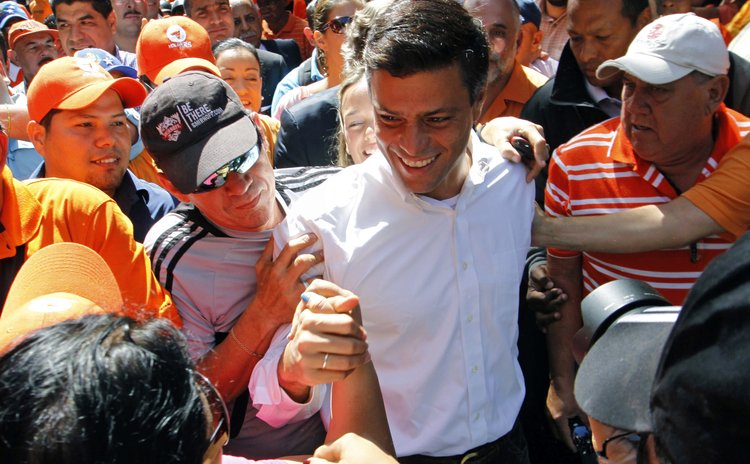 CARACAS, Feb. 28, 2013 (Xinhua) -- Opposition political leader Leopoldo Lopez (C) arrives at the headquarters of the Public Prosecutor, while his supporters demonstrate in his favor, in Caracas, Vene

The Friends of the Inter-American Democratic Charter repudiate the events that occurred during and after the peaceful demonstrations by student organizations on February 12, 2014 in Venezuela. The group of Friends laments the loss of life and the wounded, and expresses its strong condemnation of the detention of more than 100 students, some of whom reported violations of their physical integrity.

The raid of a political party office without a warrant, and the arrest of Leopoldo Lopez, coordinator of the Voluntad Popular party, raise special concern. This situation constitutes the criminalization of the political activities of opposition groups, which is unacceptable in a democratic society.

Equally concerning are the obstacles to the media to report on these events, including the threat of penalties that leads to self-censorship, the removal of an international television station from the air, and the lack of paper supplies for print news.

As a result of these serious events, the Friends of the Democratic Charter:

We urge Venezuelan political leaders to urgently seek mechanisms and solutions to prevent a downward spiral of conflict in the country.