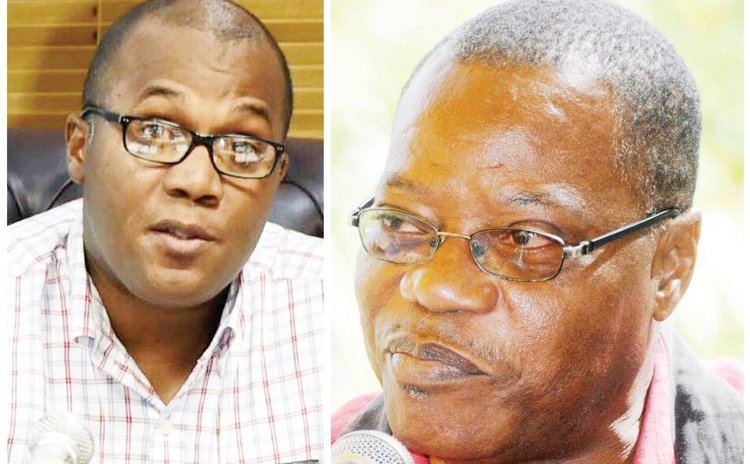 Erika not only washed away the main event, the World Creole Music Festival (WCMF), she has cancelled the Dominica Relief Concert, the show that was expected to replace the 2015 edition of "Three Nights of Pulsating Rhythms". This mega-impact storm also erased the LIME-sponsored Creole in the Park and now there are reports that the Independence 2015 programme has been chopped and diced. Oh, Erika! What have you done?

"It is off, people cannot agree on certain key things to stage the concert," said an official of one of the business partners of the proposed Dominica Relief Concert. Recall that when Tourism Minister Robert Tonge announced the cancellation of the 2015 edition of the WCMF he said the private sector would take over because the Government of Dominica thought it was not prudent to spend money on the WCMF after Erika's multi-million dollar devastation.

After a number of meetings, Emile Depooter, a businessman who was a member of the Dominica Relief Concert management committee has revealed that the concert died before it was born.

"The relief concert is off, we looked at it and after careful considerations we realized that it would not be prudent to do the show at the level which would match the WCMF and that was our main issue", he said.

Depooter added: "The time factor was key and so we have decided against the staging of the relief concert and have so advised the Minister who will indicate it to the Cabinet.

"Yes, we are disappointed but we had to take that decision. The NCCU Cadence Lypso show is on and Carib is also going to have its show. We will also be doing a show in collaboration with the Triple Kay band. We now just have to move on and start to plan for 2016 and also focus on the hosting of Carnival 2016 to big it bigger," he said.

To confirm it all, an emailed message to Tourism Minister Robert Tonge from Mc Carthy Marie, President of Association of Music Professionals (AMP) and obtained by the SUN, reiterated that Tonge had informed Depooter that Government had been unable to grant "a request for certain Government resources to facilitate the execution of the proposed benefit concert".

"As you have indicated Government is unable to assist beyond making the stadium available," Marie told Tonge in the email.

The message added: "In light of the paucity of resources available, the Association of Music Professionals has, in unanimity with our private sector partners, reluctantly concluded that it would not be imprudent to go ahead with the event."

In addition, the Sun has been reliably informed that government has sliced away major parts of the Independence 2015 programme.

This includes the opening ceremony, the Miss Wob Dwiyet pageant and Heritage Day festival. The month-long district cultural programme has been also been downgraded.