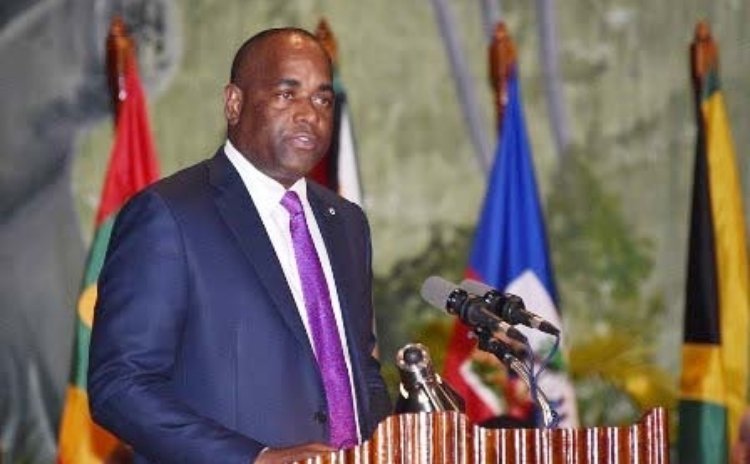 (CARICOM Secretariat, Turkeyen, Greater Georgetown, Guyana) Chairman of the CARICOM and Prime Minister of Dominica Hon. Roosevelt Skerrit said the Conference was an opportunity to seriously consider the effect Britain's exit from the European Union (EU) would have on CARICOM.

The Chairman was speaking at the Opening Ceremony of the Thirty-Seventh Regular Meeting of the Conference of CARICOM Heads of Government which was held at the National Cultural Centre in Georgetown, Guyana. Plenary sessions for the meeting began on Tuesday 5 July at the Pegasus Hotel and continue until Wednesday.

The Chairman noted that the Region had a long and deep relationship with the United Kingdom and stated that Britain remained one of CARICOM's most important trade partners.

He reminded those present, particularly those skeptical about CARICOM, that the circumstances of the EU were completely different from those in CARICOM. He explained that the United Kingdom had a historical fear of losing their sovereignty. He said from the British point of view, nearly every country in Europe had tried to conquer them. He further outlined that EU citizenship not only brought with it free movement but also automatic access to welfare and other benefits. He said this created anxieties in Britain where the average English voter saw membership of the EU as opening the floodgates for countless Europeans and refugees from Syria, Iraq and wherever there is conflict, to pour into their country through any of the EU ports of entry.

"This is something which Britain, still hamstrung by austerity measures, could not afford indefinitely" the Chairman said.

Prime Minister Skerrit explained that the difference with CARICOM was that it was the fulfilment of a longstanding aspiration of its peoples. He said the peoples of the Caribbean have demonstrated that the human spirit is invincible, noting that during the worst forms of deprivation they have continued to dream.

"CARICOM is primarily a Community. It has been built with the powerful emotions of empathy and caring for each other," he said.

He encouraged the Region not to resolve to blindly imitate what had happened in Britain, but instead work together to strengthen cooperation and collaboration to create a stronger, more vibrant Community. He also suggested that the Region properly analyse and position itself to take advantage of the opportunities that will arise from the situation.

Prime Minister Skerrit also spoke of a number of areas that would contribute to the success of the Region. He said the first priority should be a seamless market space connected by efficient and cost effective transportation. According to him, the most powerful case for regional integration was the need for a common market or free trade area with relatively free movement of human and material capital and services; and which offered incentives for, and benefits from, working together.

The Dominican Prime Minister said essential infrastructure to facilitate economic cooperation and growth in CARICOM was incomplete and that this matter needed to be meaningfully addressed. He spoke specifically regarding issues affecting transportation within the Region, noting how expensive and difficult it was to travel intra-CARICOM, versus from some CARICOM Member States to places like the United States and the United Kingdom.

The Chairman also spoke of the need for the growth of a vibrant private sector promoting the development of an entrepreneurial and investor class. He said the only way to tackle unemployment, was to train a larger proportion of the Region's population, especially better educated/trained newcomers to the job market.

Prime Minster Skerrit also addressed issues such as the effects of Climate Change and the severe drought conditions which have afflicted some Member States in recent months. He said, if properly managed, and with adequate investment and use of technology, the supply of fresh water in the Region could be another avenue for innovation and creation of a major economic opportunity. In relation to climate change he said it was in the Region's best economic and environmental interest to explore the potential that existed in the Caribbean for exploiting renewable sources of energy, such as sun, wind and geothermal energy.

The Chairman urged the Heads to ensure they successfully conclude the matters on their agenda and to work towards the speedy and effective implementation of matters agreed upon.

"We must all play our part to remove the clearly identified and agreed stumbling blocks to deeper regional integration" he said.