Contributing to the debate on the decriminalisation and commercialization of marijuana 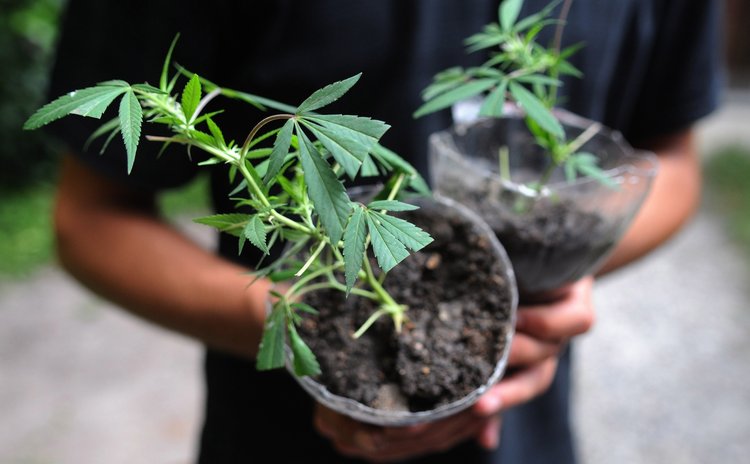 Every year in January Dominica's Ministry of Health observe Drug Awareness Month when it urges the public to make greater efforts at curbing the use, sale and abuse of illicit, as well as legal drugs, like alcohol, but most controversially, the use and abuse of marijuana.

Over the past few weeks we have heard Mr Hubert Volney, a former judge of Trinidad and Tobago, promote the acceptance of marijuana when he screamed "legalise it!" when he addressed a rally of the Dominica Labour Party (DLP) at Portsmouth.

And at a press conference of the opposition United Workers Party (UWP) two weeks ago at the Prevo Cinemall, Joseph Isaac, the Roseau Central Member of Parliament, pressed the issue of the urgent need to take advantage of the economic benefits of the commercialisation of marijuana.

According to Isaac, Dominica is being left behind as many countries around the world gallop ahead towards the decriminalisation of marijuana. That movement is especially true of many states of the United States of America. Dominicans must have noticed that a few major developments have occurred in the United States in relation to the use of marijuana.

Four years ago, in December 2013 Washington State celebrated the legalisation of marijuana cigarettes. Since then Washingtonians 21 years and older can legally light up in public or eat buns and cake or drink tea laced with ganja. In January 2013, Colorado became the first American state to fully legalise the drug. Other states quickly followed.

In fact, Wikipedia is reporting in 2016 that in eight states, Alaska, California, Colorado, Oregon, Massachusetts, Maine, Nevada and Washington, the sale and possession of cannabis is legal for both medical and non-medical use.

In the Caribbean, there have been renewed calls for the legalisation and export of marijuana. In November 2016, St Lucia's government said it was planning a series of town hall meetings to discuss the decriminalisation of marijuana. In 2015, CARICOM formed a committee to examine whether marijuana should be legalised in the region. But you know CARICOM- things take forever to be acted on in that institution and so we wait patiently.

In Jamaica, even the conservative Gleaner Newspaper has been suggesting that the government must seriously consider the commercial production, sale and export of marijuana. In an editorial dated December 7, 2012 entitled: "Allow free trade in marijuana", the Gleaner opined that Jamaica should be positioning itself to capitalize on these developments in the US and to take advantage of Jamaica's reputation as ganja country.

"There is no doubt that the Jamaica brand is hot," the paper stated. "Ganja could find a niche, like Blue Mountain coffee."

The Gleaner had the audacity to suggest that the national export agency, JAMPRO, should encourage ganja product development and lobby the US to end its prohibition of the trade. Additionally, Gleaner columnist Dennis Quill suggested, in an article that he called "See it deh now", that many Caribbean countries seem to be taking note of the Colorado law and are reacting with changes of their own. Guatemala, for instance, had proposed the decriminalization of certain drugs and the Uruguay government passed legislation in 2013 that allows Uruguayan residents to sign up to grow plants at home for personal use. Given the poor state of the economies of regional states, you can almost see leaders like Ralph Gonzales of St. Vincent and the Grenadines, as well as Rastafarians, shiver with anticipation.

This reminds us that eccentric local politician, Pappy Baptiste, for many years now has been shouting in his yellow megaphone, as he drives around Roseau in his yellow car, that if Dominicans were to vote him into government his first act would be to allow the cultivation and export of ganja. We've been laughing at Pappy all along but, despite his eccentricity, he seems to have seen the future. Marijuana cultivation is the next economic frontier.

Undoubtedly, Dominica's economy has become extremely dependent on the drug trade, especially marijuana. It is common knowledge that millions of dollars in illegal foreign exchange continues to flow into the economy despite the tightening of money laundering laws and stricter banking practices. But the economic benefits of drugs are not as worrying as the societal impact of the trade. In many parts of our nation drug dealers are socially acceptable; there is no stigma associated with the practice anymore. Society, therefore, is losing not only the supply and demand aspects of the war on drugs but the psychological one as well.

Because of the hopelessness of the drug situation, experts have questioned our policy on drugs. Synchronized with America policy, the war on drugs in the Caribbean has meant forced restrictions and military action against sources of supply. These experts argue that that policy keeps drug prices extremely high and thus market forces will dictate that criminals will risk anything to gain large profits.

Because of the failure of the policy, sociologists, in particular, have suggested the adoption of the Dutch approach to drug control which places restrictions on both supply and demand while permitting a liberal approach to soft drugs. It means, therefore, that although prohibitive measures are in force, low priority is given to possession of small quantities. The focus is placed on medical care for the users and severe punishment for the merchants of drugs.

We, therefore, argue that our current policy on drug control and consumption has failed miserably. We must change our focus and it is time to consider alternative ways of tackling the problem. Like St. Lucians we need to talk, at least, about what we intend to do about the legalisation of marijuana. Because, whether we like it or not, America has sneezed and we are likely to catch the marijuana flu.

Therefore, as the Sun's contribution to the debate on the use and abuse of marijuana we have researched and published, in this issue, a series of articles on marijuana. We hope we have achieved our objective.