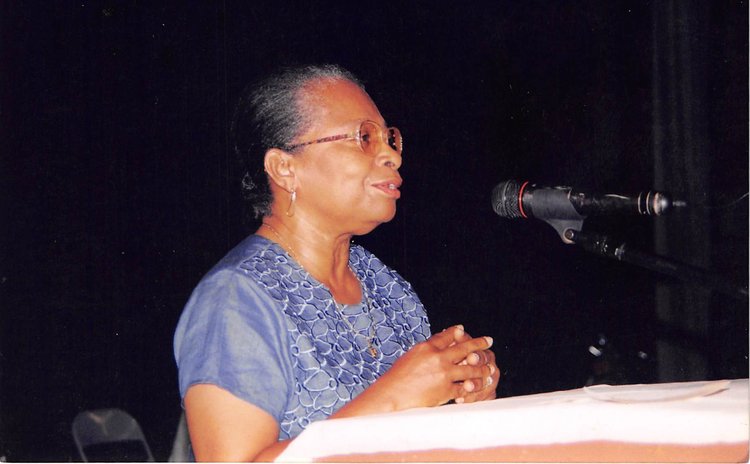 To flog or not to flog? That is the question.

Especially since Dominica's Education Act allows corporal punishment in schools in special circumstances, if no other punishment is deemed suitable or effective.

The Act stipulates that corporal punishment in schools must only be done by a school's principal or deputy principal, or by a designated teacher as instructed in writing by a principal.

But the World Health Organization (WHO) is actively pursuing The Global Initiative to end all Corporal Punishment of Children to preserve "respect for human dignity and physical integrity".

Two educators and a pastor gave their views on corporal punishment in schools and they believe that discipline instilled in the home lessens the need for floggings at school.

"Psychologists tell us today. . . corporal punishment is demeaning; it damages self esteem; it causes aggression; it produces anti-social behavior," she noted.

"And yet, there are people who say, "Look at me today; my parents made me who I am; the blows didn't do me any harm."

"And teachers used to say, "I beat you because I love you; I want you to learn."

"Unfortunately, there is no reliable way of finding out the truth or the validity of these statements," she added.

She had never flogged a child in 40 years as an educator, and CHS does not use corporal punishment.

However, any decision to ban corporal punishment in schools must be based on constructive dialogue with parents and teachers, Leevy believes.

She remarked that some parents actually encourage teachers to flog their children as punishment.

Leevy also indicated that some teachers rely on the threat of flogging and expressed the hope that they would not become indifferent about discipline if it is banned.

In her view, if parents instill discipline in their children from an early age there would be no need for corporal punishment in schools.

Leevy hopes that if abolished, some students do not consider teachers weak because they can no longer administer corporal punishment.

Incoming principal of St Mary's Academy (SMA), Thomas Holmes said he believes that beating children at school can be counterproductive.

Noting that some children come to school with signs of severe beatings at home, he said, " You are seeing the scars . . . you are doing the same thing . . . What do you expect the child to do?"

He added that children who feel powerless at home tend to retaliate at school. "They are going to hit back at the students, their classmates, even the teacher."

Holmes said parents who don't discipline their children and those who abuse them, create major problems because children bring harmful practices from their dysfunctional homes into schools.

The longtime educator does not believe in corporal punishment at schools and he intends to ensure that no SMA student is flogged while he is principal.

"I don't believe in corporal punishment. . . all it does is create more hatred… What do we gain from beating up somebody?" he asked.

Holmes and Leevy say detention is an effective punishment for most students' misdeeds and parents should be called in to discuss discipline in the event of serious or chronic misbehaviour.

Meantime, in the opinion of Pastor Mitchel Jean Jacques, much indiscipline in schools is perpetrated by children of young parents, often single mothers.

He believes corporal punishment is acceptable when applied with the well-being of the child at heart.

In his view, flogging should not be applied without first explaining to children what they did wrong and helping them to accept that the punishment is only for their benefit.

The pastor believes that any type of disciplinary action should be taken right after a misdeed instead of days or weeks later. He is also against indiscriminate and cruel corporal punishment.

Furthermore, he is a strong advocate of non-violent punishments, such as withholding privileges and establishing curfews.

"When children understand and have good values, it is less of a headache in terms of discipline," the pastor remarked, adding that disciplinary measures should be clearly outlined to the child.

He stressed that parents' role is vital because proper discipline at home makes children less likely to misbehave at school, reducing the need for corporal punishment there.

In a report last updated in February 2016, The Global Initiative to end all Corporal Punishment of Children referred to a 2009 study involving 403 children in Dominica aged 6-16.

The report stated that in homes and schools the most common object used to hit children was a stick or cane, followed by a strap or belt and then a hand.

In March, Dominica's Chief Education Officer, Melena Fontaine told the Government Information Services that some persons use corporal punishment as an excuse to abuse children physically.

"So we have to really rethink this thing . . . look at the research and what is happening internationally and decide whether we want to keep [corporal punishment] on our books."