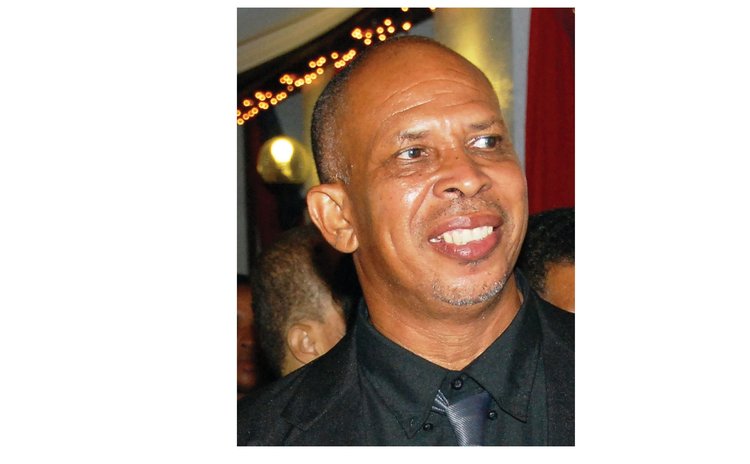 Most of the year, Darnley Guye is in a workshop diagnosing and fixing problems with vehicles to keep them in good working order.

But there is another side to Darnley—an artistic side-- one that surfaces when he wipes the grease from his hands and embraces his creative energies, especially at Carnival.

One year, Darnley decided to join a friend who was designing and building costumes. That was over 40 years ago, and he's still at it today though he did opt out for two years to rejuvenate.

Describing what costume designing and building means to him, Darnley says, "It brings out something in me that's locked in…I can express myself. That's how I express myself."

Anything in the environment can inspire his designs, which often present ordinary things in highly imaginative ways.

"Everything I see around has a special beauty to me, has a special life. I do things, not always how I see them; I do them in the abstract form."

"Let your mind flow…because that's what art is all about…you have to put yourself in a position to see the big picture and let your talents flow," he explains.

Apart from Carnival, his design studio is occasionally called upon to build costumes for other activities during the course of the year.

Practicing his art is lucrative, captivating and satisfying, he says, yet this art form requires lots of time and effort. Darnley cautions it's not a field that one can go into half-heartedly.

In fact, he says anyone who wants to be involved in costume building should be prepared for long, sometimes sleepless nights and hard work.

Once a year, he travels to Trinidad to buy material to produce the costumes.

He explains that designers can build a costume with any type of material, depending on what they want to produce.

After shopping, he and his team at Costume Builders Mas Camp put in 15-hour work days, not going home until around 2:00a.m.

At the moment, his camp has a staff of 18, some of whom have been with him for several years.

During this time, he is hardly at his mechanic shop and only goes there if a customer has an urgent problem.

The number of costumes he designs and builds varies according to how many bands and pageant contestants contract his services.

This year he costumes for the Mothers Queen pageant and Mass Jamboree are also on the cards.

His camp's objective is to try to make carnival better and to put as much colour on the road as possible.

But he never designs simply to win competitions.

"I just want to create something to uplift the spirit of people. . . I cannot say I am going to do that piece to win and not that piece. . . I have to give all of them the same amount of attention," Darnley declares.

Ironically, after all that work, Darnley does not usually participate in carnival. Sometimes he is so tired by the night of the Carnival queen show that he falls asleep backstage.

"To me, that's my carnival, building the costumes," he says.

And he goes straight back home after putting the costumes on the road on Carnival Tuesday.

Sadly, after putting in all their hard work and creativity, some costumes have to be discarded as there is no place to store them.

He has become accustomed to doing so and feels no sense of loss when a costume is discarded.

But Darnley thinks that there should be a special, permanent site where costume designers and builders could work from and store costumes and materials from year to year.

Also, he suggests a display area to showcase the costumes and other aspects of the Dominica Carnival. This can even help to generate income for the island as visitors would pay to see them, he believes.

Life goes back to normal for Darnley and his camp staff after carnival. The mechanic shop gets all his attention and he is home earlier at nights.

Until the next year-- then it starts all over again. And he loves it!