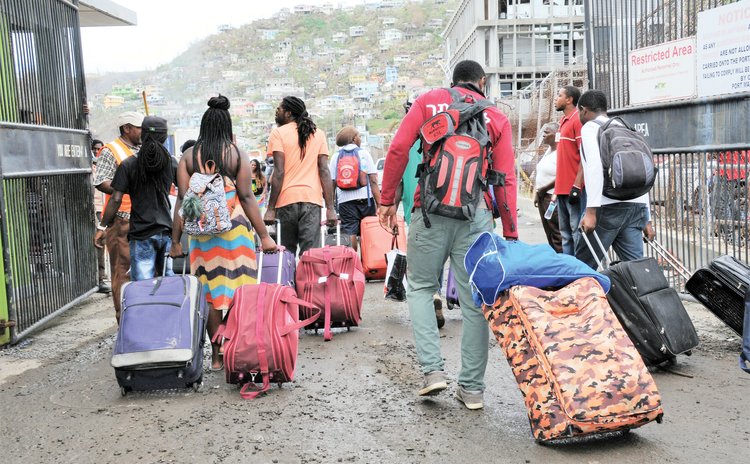 Nicole Carbon, a 27-year-old university student in her final year says plans for child/children are not in her foreseeable future.

Daniel, 30, an accountant and a father of one said the crippling cost of living is not a motivation to young adults to assist in stopping Dominica's population decline.

While Esther, a 40 years old mother of six, advises potential parents to "just have one and done."

Dominica's population has been declining for the last 30 or more years due to a combination of factors: high emigration, a decline in births, social issues including women's pursuit of higher education, and a significant increase in infertility not only among women but men too.

However, local economist, McCarthy Marie, has proposed a simple solution to this dilemma: immigration.

According to Marie who spoke exclusively to The Sun, on its own, natalism has failed as birth rates in Dominica are on the decline. In 2021, Dominica recorded one of its lowest numbers of births, 468, according to the Registry department and projections suggest that, unless current trends change, those numbers could continue to diminish in the upcoming years.

"The number of children that need to be born per woman for the population to remain stable is two but this is not the case so that means without intervention the population will continue to decrease because we are not sufficiently replacing those who left through death or emigration," Marie said.

He explained that most women's educational and professional aspirations supersede their desire for motherhood, contributing to a broader decline in the population. Additionally, an aged population guided by medical advice against pregnancy after the age of 40 hinders procreation, Marie stated.

He added that significant infertility in the male population also contributed to the dwindling population, information that The Sun was able to confirm with a local physician.

While the population census which was expected to be conducted in 2021 was postponed due to the pandemic, an employee of the Dominica Central Statistics Office stated to The Sun that it is projected that Dominica's population is estimated just above 67,000.

"Dominica's society is now undergoing a significant population shift whereby the percentage of immigrants in the population is steadily increasing especially among the Haitian," the economist Marie said.

"On my own observation from visiting the maternity ward some time back, I noticed that there were more Haitian women than Dominican women hence the expanding percentage of births to immigrant mothers clearly indicates that in upcoming years this will help in changing the makeup of the population fundamentally," Marie said.

Although the medical authorities have data on the nationality of the women giving birth at the hospital over the past five years, attempts by The Sun to obtain this information proved futile. However, a nurse at the maternity ward did confirm that a large proportion of births at the hospital during the last five years have been to foreign-born mothers, Haitians being the highest.

Marie warned that the country will "simply collapse" for lack of people if the trends in births and deaths continue and a robust, targeted immigration programme should be put in place if we are to avoid this ill-fate.

While Marie expressed that immigration is part of the solution to address the decline in the total population and its increasing age, he holds the view that proper management of this transition is needed to carefully minimize social friction between the local population and the immigrant groups.