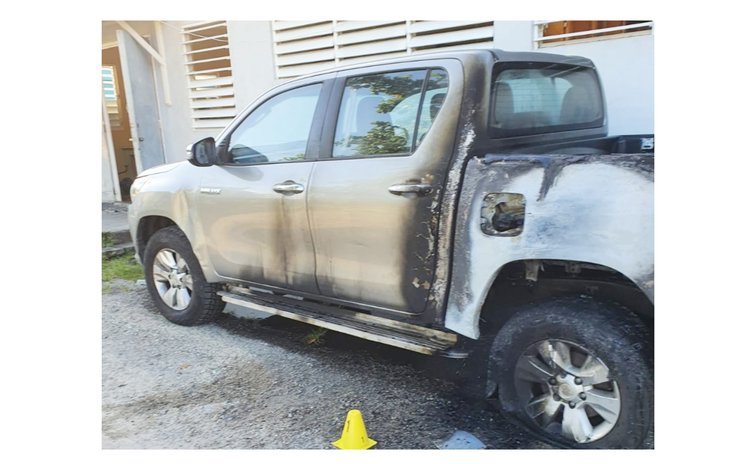 Michael Lewis appeared before Magistrate Michael Laudat on September 26, 2022, where the charges were read to him. The accused was not required to enter a plea as the matters are indictable offences and are expected to be heard at the High court before a Judge and jury.

According to the police, on Monday September, 19th, 2022, three Fond Cole men were sitting on a headwall, over a culvert at Glasgow, Fond Cole, when they were apparently attacked and shot by a male individual.

Lewis is now remanded into custody and is represented by defence attorney Wayne Norde.

An employee of the Inland Revenue Division, Jed Shipley is now on bail following five charges preferred against him by the police.

According to the charges, it is alleged that on May 9, 2022, Shipley forged certain documents to a payment form to Haitian national Jean Remy Duchard. On the same day, he is also accused of forging a driver licence card to Duchard as well as uttering a print payment form to the non-national.

He further stands charged with forgery of a payment form for a private driver licence to another Haitian male, Claudenysson Morency as well as uttering the said form to Morency on September 13, 2022.

When Shipley appeared before the Roseau Magistrate on September 26, 2022, the charges were read to him but he was not required to enter a plea as the matter is an indictable offence.

Police Prosecutor, Inspector Francis Laville did not object to bail however due to time limitation Magistrate Laudat granted one day conditional bail to Shipley in the sum of $35,000 with his father, retired police, Jefferson Shipley as his surety.

The following day, the court heard a formal bail application by his attorneys Jodie Luke and Annika Bellot which was granted in the amount mentioned earlier .

Kimon Scotland, a 21-year-old of Layou has been denied bail following a charge of arson preferred against him by the police.

During the wee hours of September 12, 2022, a certain section of the St. Joseph police station as well as the police van vehicle for that station were allegedly set ablaze.

Following investigations by the police, Niguel Anthony, 19, first appeared before the court charged with arson followed by Scotland who came before Chief Magistrate Candia Carrette- Goerge on September 30, 2022.

The accused was not required to enter a plea since the charge of arson is an indictable offence.

While bail is opened to his alleged accomplice, Police prosecutor Inspector Davidson Cadette objected to bail for Scotland.

He told the court that the offence is serious and if found guilty the penalty will be high and as such, Scotland posed a potential flight risk. He further argued that it was not in the public's interest to grant him bail.

The Chief Magistrate agreed with the prosecution and denied bail to the accused.

Bernard Fevrier of La Lay Grand Bay appeared before the Roseau Magistrate court charged with trafficking 33,142 grams of cannabis on September 23, 2022, in Mahaut.