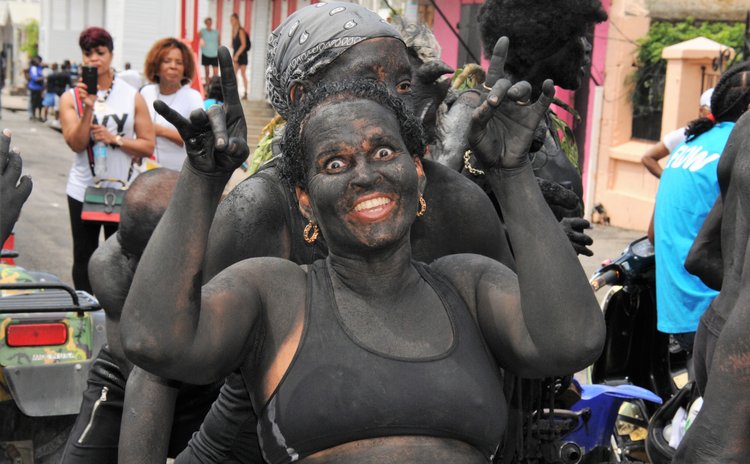 Like a drunken reveler on Carnival Monday, Dominica's carnival has been lying face-down in a shallow gutter-going nowhere but down- oblivious to change; its potential as a major tourism product squandered by ineptitude and a couldn't-care-less attitude.

"A crisis is a terrible thing to waste," Paul Romer, a Stanford University economist, once said. And there's no doubt that Dominica is facing a terrible social and economic crisis made worse by Covid-19. We should not waste that opportunity to fix carnival.

Over the last two years, and especially in 2022, Covid-19 has forced all the major countries where carnival was a big thing-from Rio to Roseau, from Castries to Port of Spain, from Bridgetown to Basseterre- to re-strategize. In Trinidad, the government announced recently that there will be Carnival in 2022 for persons who are fully vaccinated against COVID-19 but there will be no fetes, no parties, only concert-type shows such as Soca and Calypso concerts; Calypso tents, extempo and Chutney competitions; steelband concerts; Carnival King and Queen shows; and Carnival theatre. And these will be at only 50 per cent capacity at the venues of these events.

In carnival-insane Brazil, while Rio de Janeiro's renowned Carnival parade will go on, the city will cancel its street parties, the mayor said in early January 2022, to the dismay of millions of revelers who pour into the city's public spaces every year to celebrate and wash away any sorrows in samba, sweat and beer, the New York Times stated.

Next door, in St. Lucia, the government has announced that only the vaccinated will be able to participate in a "Vaxxed Mas", thus putting pressure on the unvaccinated to take the jab.

In Dominica, the government of Prime Minister Roosevelt Skerrit followed St. Lucia's and Trinidad's example when it announced last week that there will be carnival fetes for the vaccinated only, at two major venues-the Old Mill Cultural Centre and the Windsor Park Stadium forecourt. Some people love the idea. Other's hate it.

Other islands are also adjusting their carnival because of Covid-19: Anguilla's annual Summer Festival, Barbados' Crop Over, Junkanoo in the Bahamas, and Carnivals in various islands—like Antigua and Jamaica— have been affected by Covid and they have made changes.

But we argue that Dominica must do more than organise fetes for vaccinated people only. We need to make drastic changes to carnival if that festival is to survive to the next decade. There is also the urgent need for more funding to take the festival out of its current doldrums and become a serious competitor among Caribbean countries for scarce tourism dollars. Let's use the current Covid-19 crisis to create a new Dominica carnival.

One of the other changes that certain sections of the Dominican public have been requesting is a new date for the event. Over the last few years, the call reached a crescendo but the authorities are obviously pretending to be deaf or they seem to be satisfied with mediocrity. Or probably they are too scared of change or of the possibility of failure. But as usual, they are doing the same things and expecting better results.

Many Dominicans are aware that St. Lucia has been enjoying the benefits of a change of date for its carnival. St. Lucia realised that the country was wasted this incredible resource when it held the festival during the pre-Lenten period. Today St. Lucia boasts that its carnival has grown to become one of the biggest carnivals in the region and by all indications was set to continue on an upward trend until the onset of Covid-19.

The economic benefit of a change of date of carnival is therefore unquestionable. But it is obvious that a change of date by itself will not make much difference to the lethargy of Dominica's carnival. In any event, Dominica cannot do worse than it is doing right now. There's no way but up.

Thus, during this COVID-19 crisis, we urge the Dominica Festivals Committee to prepare a 5- year plan to build Dominica's carnival into the biggest festival in the Caribbean.