Covid-19 Vaccines: 'How many will be enough?' 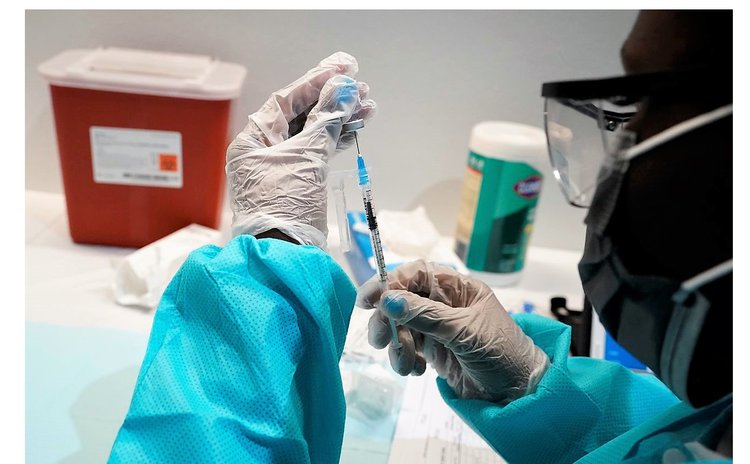 Sick of having to test every week, Leandra R, a 32-year-old caretaker, received her two doses of the AstraZeneca vaccine 8 months ago. Then, when the government urged boosters, at first she considered the idea as she figured she'd "rather be safe than sorry." But a few days later the single mother quickly dismissed the idea of getting the third jab.

"I can't see myself taking any more," she stated to the Sun, "at this point the question on my mind is where does this end, and are we to roll up our sleeves for booster shots every few months?"

A year ago, just two doses of a COVID-19 vaccine — or even one, in the case of Johnson & Johnson's formulation — were thought to offer sufficient protection against the coronavirus. But now, countries such as Israel are already offering their fourth booster shots to older, immunocompromised people and healthcare workers, hoping to shield vulnerable groups from a wave of Omicron infections.

But in Dominica, outside of the vaccine hesitancy among the unvaccinated, which local authorities have been attempting to address, there seems to be another problem.

According to an official at the Ministry of health who spoke to The Sun on the usual condition of anonymity, the vaccinated are not taking the boosters.

"It's not unheard of to give vaccines periodically, but I think there are better ways than doing boosters every six or so months," said Mrs. Julien who says she was one of the first to receive her vaccine back in 2021.

"Had I known back then that this would be the new norm, I probably wouldn't have taken the first two doses and saved myself all the trouble I went through," she said.

At this point in the pandemic, experts say that there's no consensus on the number of shots we'll need in the long term, which a fully vaccinated Nurse who deals with COVID-19 patients daily, told the Sun is one of the many reasons why so many are hesitant.

"It's good news and bad news situation. The boosters work, but you'll need to get one every few months, and many of the vaccinated people who come in to test we try to urge them to get the boosters, but they are not, hence the reason why our numbers for the boosters are so low," he revealed.

The effectiveness of the Covid vaccine remains high in the first two months after receiving a booster, and then begins to wane, a report published by the US Centers for Disease Control and Prevention (CDC) has found, providing insight into how immunity against the virus fares after a third shot.

The CDC report says that during the Omicron-predominant period, vaccine effectiveness against emergency department visits and hospitalisation was 87% and 91%, respectively, in the two months after a third dose.

By the fourth month after a booster dose, this decreased to 66% and 78% respectively, which is still strong protection.

Several of the health care workers who spoke to the Sun were in support of a third dose. But they see little use in following Israel's path and rolling out a fourth, arguing that other parts of the immune system — like T cells and B cells — are holding steady against the virus after three doses, and perhaps even after two.

But some researchers are debating whether a third dose will be enough to confer lasting immunity against Omicron and emerging variants in most people — or whether a fourth dose or even regular boosters, will be needed, as they are for influenza.

Overall, most agree that we need new vaccines that offer wider protection against future variants.

To quote fully vaccinated Esther Roberts, "how many will be enough?"

Up to the time of press, over 15 calls have been placed to the Ministry of Health and various departments to get the up-to-date figure on the number of citizens who have received their booster shots but have all provided futile.