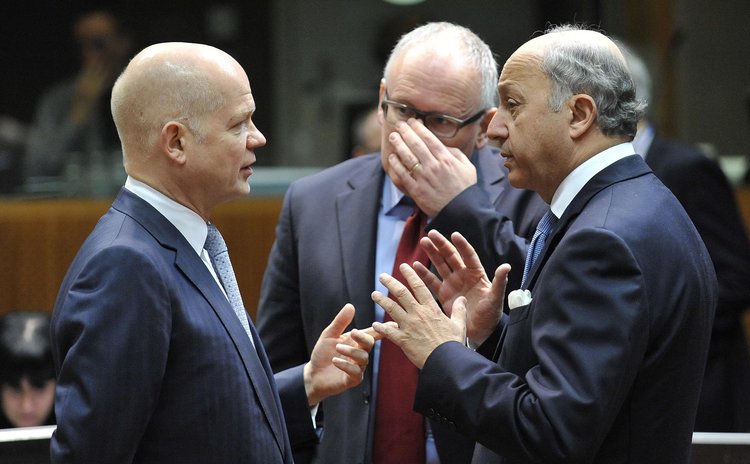 The legislature passed an independence declaration during an extraordinary session, proclaiming the Black Sea peninsula an independent sovereign state, the Republic of Crimea.

The declaration appeals to the United Nations and its member states to recognize its existence and promises to "build its relations with other states on the basis of equality, peace, good neighborliness and other universally recognized principles of political, economic and cultural cooperation."

The parliament has also formally sent application to the Kremlin to join the Russian Federation as a new republic, and authorized its speaker, Vladimir Konstantinov, and prime minister, Sergey Aksenov, to sign an accession treaty with Russia.

"We are talking about the inter-state agreement on the adoption of the Autonomous Republic of Crimea and the (Crimean) city of Sevastopol with special status in the Russian Federation," Aksenov said.

In Russia, Chairman Sergei Naryshkin of the State Duma, or the lower house of the Russian parliament, said the State Duma will make the decisions on whether to green-light Crimea's entry "fast and responsibly."

Meanwhile, he stressed that Ukraine will remain Russia's partner despite the recent events and that nothing would turn Moscow and Kiev into opponents.

Russian President Vladimir Putin will address the Federal Assembly on Tuesday over Crimea and Sevastopol's requests to join Russia, according to the Kremlin press service.

A recent survey jointly carried out across Russia by two Russian pollsters -- the Public Opinion Foundation and the All-Russia Public Opinion Research Center -- found that 91 percent of the respondents favor Crimea's entry in the Russian Federation.

The survey also found that 94 percent of the respondents believe that their country should protect the rights of ethnic Russians and other nationalities dwelling in the peninsula of Crimea.

Also on Monday, the Russian Foreign Ministry said Russia has initiated a support group for Ukraine that would be acceptable for all political forces in the country and outlined major principles for a settlement of the ongoing crisis.

"Participants in the support group would be obliged by the principles of respecting the interests of the multi-ethnic Ukrainian people, and backing Ukrainians' struggle for living in security in compliance with their customs and traditions," the ministry said in the statement.

But Ukraine rejected the proposal, saying the conditions laid down by Moscow to resolve Ukraine's social and political crisis are unacceptable to Kiev.

Ukraine has dismissed the Crimean referendum as "illegal," saying it violates Ukraine's constitution. Kiev on Monday recalled its ambassador to Moscow for consultations over the Crimea situation.

The sanctions include assets freeze and travel bans on the 11 people, who the United States said are responsible for threatening Ukraine's sovereignty and territorial integrity.

The Council of the European Union (EU) also slapped sanctions on 21 people, identifying them as "responsible for actions threatening Ukraine's territorial integrity."

UN Secretary-General Ban Ki-moon calls on all parties concerned to solve the Ukrainian crisis on the basis of the principles of the UN Charter, a UN spokesman told reporters Monday.

China on Monday reiterated its objective and fair position on the on-going crisis, urging relevant parties to seek a political solution through dialogue as soon as possible.

China is closely following the situation in Crimea, said Chinese Foreign Ministry spokesman Hong Lei. "We call on all sides to exercise restraint."