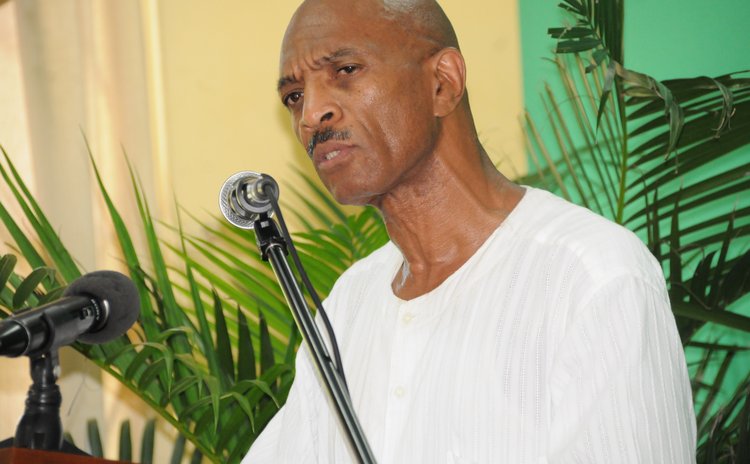 Every fifteen years there is an apparent shift in party alliance in Dominican politics as the electorate begins to feel the need for change.

Crispin Gregoire, the former Ambassador to the United Nations and past Dominica Labour Party (DLP) stalwart, told the Dominica Freedom Party (DFP) 32nd annual delegates convention at the Dominica Public Service Union conference room on Sunday August 6th that he is beginning to feel the winds of change.

"I think that's where we are now," he said. "We Dominicans tend to abandon party affiliation when the party has lost its luster."

Gregoire, who managed the DLP's 2000 and 2005 general election campaigns, said he believes the ruling DLP has lost its way.

"It has been reduced to a shell of a party," Gregoire said. "It is what I call a cult following; that's what it is, not a party and that's really unfortunate because it took us many years to build that party."

In a feature address before the DFP business session where party officials were elected, Gregoire said that after 40 years of political independence Dominica is fortunate to have adopted a three-party structure to replace the two party system handed down by Britain, the colonial masters. The United Workers Party (UWP), he said, made the system real when it grabbed power in 1995.

"The UWP was an interesting and important phenomenon to understand the present context because never had a third party forced its way into the political arena in a substantial way," he said. "The UWP blazed into the arena and forced the arena to become a multi-party arena and today that is the reality of our political context."

But to be a multi-party democracy, Gregoire said, Dominica must demonstrate that that it can hold open and competitive general elections, guarantee traditional human rights such as freedom of speech, freedom of association and practice due process of law.

"On the element of open and competitive election and the notion of free and fair election, we in Dominica in the last two elections, 2009 and 2014 in particular, we have not met international standards of integrity," Gregoire said. "And that's a huge problem."

On the issue of electoral reform, the former UN ambassador said international organisations have recommended comprehensive electoral reform for Dominica but the authorities have resisted.

"People have money spending for election, I wonder where it comes from," he said.

From 1980 to 1995, the DFP was Dominica's ruling party (headed by the late Dame Mary Eugenia Charles) but the party apparently experience that 15-year change cycle that Gregoire described earlier and took a plunge. From 2000 onwards a large section of DFP support deflected to the DLP and remained there.

"Every government in the post-independence era in Dominica has taken a coalition character," said Gregoire. "Every one of them, including the Freedom Party."

But as the DFP observes the 49th year of its formation, party officials say openly that reviving the party to its former glory will be an extremely difficult task. Johnson Boston, one of those who have kept the party's flame burning, however dimly believes parties' births and deaths are as natural as the rain forests.

"We are facing our struggles but we believe that good things don't die," Boston said at the delegates' convention. "The DFP will go through its struggles like every party in a democracy. The only one who can tell you it is over is the Almighty," he said.