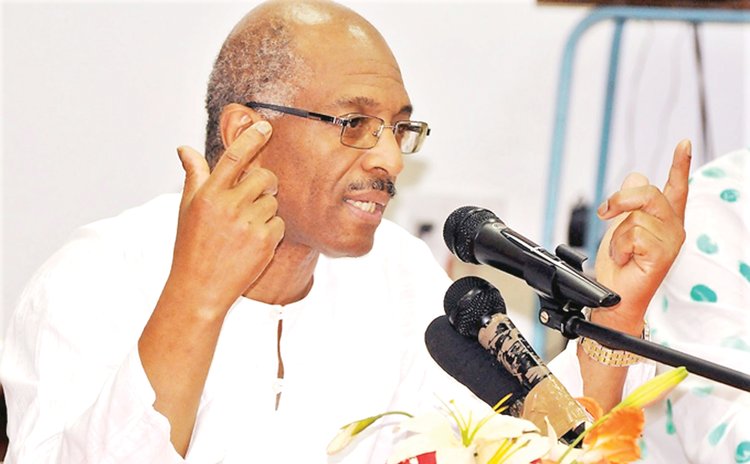 Crispin Gregoire, a son of the soil has made a name for himself in the international arena.

While many may associate Gregoire solely with politics, he has several accolades to his name and is passionate about more than just government.

The Sun Newspaper had a chat with this gentleman to find out the defining moments in his life and what drove him to become the man he is today.

"I was born in Grand Bay on 06th October 1956 as the first son of Charles Gregoire and Madeleine Geraldine Gregoire née Bellot. My paternal grandmother was an evacuee from Mt. Pelé's eruption and taught me a lot about Martinique," Gregoire said.

Gregoire's father was a principal and his mother a teacher. This combination led to him moving around the island from Dublanc to Vieille Case to Salisbury, which made a significant impression in his early years.

Another distinctive influence on young Crispin was that of black and white photography.

"My father was a photographer and filmmaker. As early as five years old I was in the darkroom with him making prints and developing film," he said.

Like any young boy of the day he had a love for the game of cricket. He reared rabbits and chickens, was involved in backyard gardening and cassava production. He enjoyed listening to the British Broadcasting Corporation (BBC) and was a Boy Scout who regularly immersed himself in reading, writing, and penmanship.

Gregoire attended the Grand Bay Boys School and the St. Mary's Academy (SMA) where he was introduced to student politics.

"Political activity for me started at St. Mary's Academy in 2nd Form where I was an organizer for a candidate for Head Boy," he said. "By Third Form I was recruited into the Black Power Movement since SMA was the high school that served as the focal centre for this movement," Gregoire said.

On completion of his studies at SMA, he taught at the Grand Bay Primary School and witnessed the Geneva revolution of 1974 which forced the overthrow of the Nassief family. This had a profound impact on him.

"In 1975 I co-founded L' Echelle Youth Group along with Pierre Charles, Noreen John, and Anthony Laronde, among others. This led to the formation of many groups in Grand Bay and outside Grand Bay promoting work and study, and international solidarity with people seeking political independence in other countries," he said.

Gregoire left Dominica in 1975 to study liberal arts at a Community College in Virginia then pursued a degree in international politics and a Master's Degree in adult education and economic development at Columbia University. He returned home in 1984 and has been involved in political campaigns ever since.

Despite his involvement in politics, Gregoire is passionate about helping indigenous people.

"My work started in 1984 with the Kalinago peoples when I became director of the US Save the Children field office. It was a time of growing Kalinago consciousness of their rights," Gregoire said.

His work with indigenous people wasn't confined to Dominica.

"When I became Ambassador to the UN, I did participate actively in the final negotiation for the UN Declaration on the Rights of Indigenous Peoples in 2007. In 2014, as special adviser to President of the UN General Assembly I was given the role of organizer of the first-ever UN World Conference on Indigenous Peoples," he said.

Gregoire lives in New York but visits Dominica every year. He is a Pan Africanist to the core who believes greater attention must be given to the aspirations of young people.

"I am focused on improving the human condition. I believe in a multi-party democracy and human rights. I believe that we must not neglect agriculture and food security," he said.

This humble, respectful, and caring man from Grand Bay, Dominica is committed to playing his part to continue bringing about the necessary change that is needed in this ever-evolving world.