Cruise returns but many are unhappy 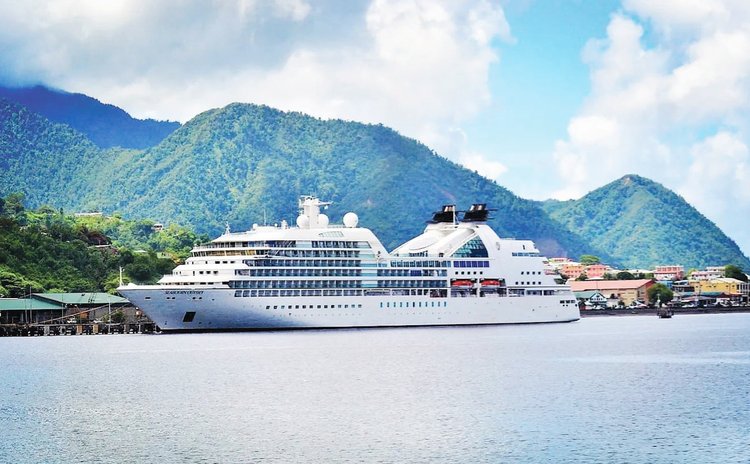 Nothing quite demonstrated the horrors of the coronavirus contagion in the early stages of the pandemic like the major outbreaks onboard cruise ships, when vacation selfies and videos abruptly turned into grim journals of endless days spent confined to cabins as the virus raged through the behemoth vessels, eventually infecting thousands of people, and killing more than 100.

At the time, it was difficult to imagine how the ships, which carry millions of passengers around the world each year, would be able to sail safely again.

A little over a year later, the cruise industry is making its comeback.

On July 27, 2021, nearly a year since COVID began to inflict its mean streak of misery upon the tourism industry here in Dominica, the island welcomed back its first cruise ship, the luxury yacht, Seabourn Odyssey.

But while the protracted pause in sailing has been taking a financial and emotional toll on the more than 400 taxi drivers and operators, many of whom had told The Sun in early March they were facing financial hardship and their families were at risk of falling apart, not all were beaming with excitement over the return of the ship.

"I chose not to register for any tours because, to be honest, I am not confident in our health authorities," one of the popular tour guides stated exclusively to the Sun. "I believe there are a lot of cases our Government is hiding and I am certain if any cases are to emerge from the ship they would try to clear it up simply to continue making money."

The industry faces a long road back to normal and its turnaround is far from guaranteed. The highly contagious Delta variant, which is causing surges of the virus around the world, could stymie the industry's recovery, especially if large outbreaks occur on board.

Outside of the Woodbridge Bay Port where the ship was docked for the day, bringing in 135 passengers, a few bus drivers gathered, hoping to catch and entice one of the visitors with their packages. But as informed by the Ministry, following approved cruise protocols for Dominica, only vaccinated passengers were allowed to disembark and proceed on pre-scheduled tours on the island.

When asked to comment, they all echoed that it's just not the same and probably never will be.

"If you're not among the lucky few who get chosen then no luck for you. See we've been standing here all day and chances are we'll never make any money unless things return to how they used to be," a tour operator said.

There have also been mounting calls on social media from citizens to quarantine bus drivers, tour guides, and taxi operators who are hired for those tours for at least seven days.

As an added precaution, The Sun has been informed that vendors were not allowed on the compound of the Woodbridge Bay Port.

Reacting to the news, one of the vendors who stood outside of the port expressed disappointment, as she stated this was one of the reasons she got vaccinated.

"It seems to me that the only ones who will benefit from the return of the cruise are the government, and the one-two bus drivers they allowed to bring the tourists on tours."

Several of the individuals who are highly dependent on the tourism industry for their daily bread have all stated to the Sun that even with the vaccination, in the foreseeable future, they don't see the industry ever returning to the stage it once was with COVID-19 still lingering in the air.

To further ease some of the fears of the public, at the welcome ceremony for the Seabourn Odyssey, Chief Executive Director of Discover Dominica Authority (DDA) Colin Piper said that in preparation for receiving the vessel over 400 service providers and stakeholders to include taxi drivers, craft and souvenir vendors, tour guides and tour operators took part in a series of training and workshops.

The sessions held over the past month focused primarily on a comprehensive list of protocols for keeping both passengers and residents safe and were in collaboration with the Caribbean Tourism Organisation Professional Development Training.

Also addressing the ceremony was Chief Executive Officer (CEO) of the Dominica Air and Seaport Authority (DASPA) Benoit Bardouille who underlined the significance of the cruise for the tourism industry.

It was revealed that the vessel with a capacity of 450 passengers will return to the island on Friday 06 August 2021 in the town of Portsmouth and is scheduled to visit every other Friday until October.

The CEO of DASPA is of the view that such an occasion signals to the rest of the vessels and cruise line that Dominica is a safe destination to visit.

Although this first call was held at the Woodbridge Bay Port, the authorities have informed that subsequent calls are scheduled for the Roseau Cruise ship Berth terminal.

Presently, discussions are ongoing with Carnival Corporation and Royal Caribbean to review options to have a safe return of cruise activity.