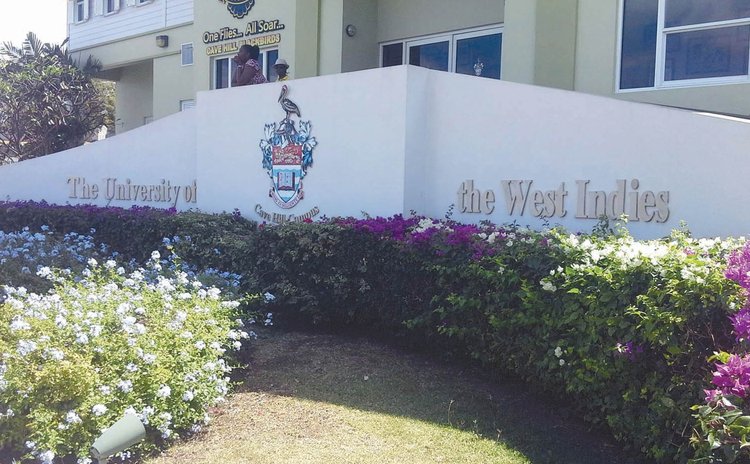 Students at the University of the West Indies (UWI) Cave Hill Barbados are afraid that they may not graduate.

Why? Dominica's Government owes The UWI tens of thousands of dollars in economic fees that it has not paid for many years.

There are about 50 Dominican students at The UWI, Barbados studying in various fields; Government is responsible for paying the economic fees of the students.

The SUN first reported the predicament of Dominican students at UWI in November 2013 but it appears that the fees-related problem such as restrictions on registration, classes and information persist.

In an exclusive interview with a SUN newspaper reporter in Barbados the students said the situation became unbearable in 2016 when they were completely barred.

"On the goodwill of the school they have since allowed us a grace period until the end of February 2016 where we have to get all fees paid particularly for those who want to graduate by the end of this academic year or else you will not be able to graduate", a student said.

(Given the gravity of the situation and its sensitive nature, the students asked that their names should not be disclosed in this report for fear of reprisals).

Almost in tears another student said that on every instance students have spoken to various officials from the Ministry of Education including the Permanent Secretary and each official could not say when The UWI will be paid.

"Imagine being a new student in a new country and being blocked from the system, not sure of what to do, who to speak to and the fact that it has continued for three years," she said. "Month end is around the corner and we are hearing no word from the officials in Dominica".

"I am stressed, I have assignments, presentations and midterms which I should be fully focusing on as a student and not on obligations from the Government of Dominica", another student said.

She added: "Nothing is being said and I find that very unreasonable and the University is fed up. They have been giving us pardon after pardon, they have been very accommodating but they clearly can take so much. The lack of communication from Dominica is the issue.

"The University extended courtesies to us after T.S Erika not knowing when the money will come. It never came," she said, wiping away tears.

"We have called the office of the Prime Minister trying to speak with him but we have not gotten through, we have also tried making contact with the Minister of Education Petter St. Jean all to no avail.

"Law students, social sciences, humanities, medical sciences and others…we are all in limbo.

"It is very distressing, I am at the point where I no longer want to get back to Dominica, I can't take it any longer, and no one cares for us in Dominica".

Contacted for comments on the matter, Education Minister Petter St. Jean said he is not aware of the situation.

"I will do some follow up work and find out what is going on," he said.