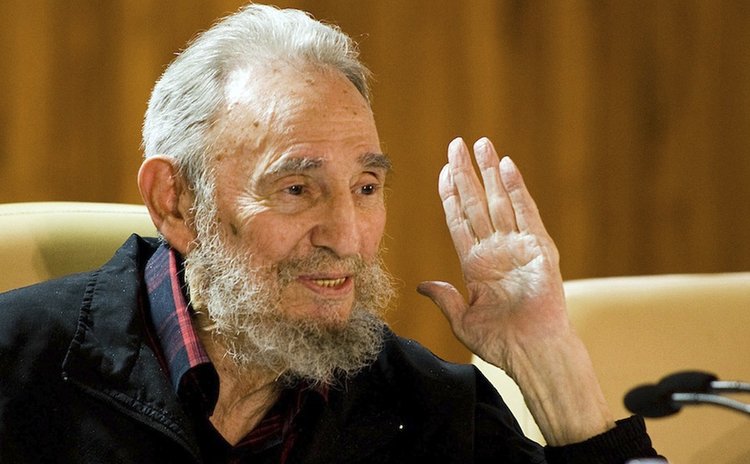 The commemorations, which include two days of cultural, athletic and civic events, began at 6 p.m. local time (2200 GMT) with the opening of an audiovisual exhibit of photographs of the iconic leader who led the 1959 Cuban Revolution.

Taken between 2005 and 2012, the images depicting the "tireless " former leader will be on show until Sept. 13, along with a Bronze sculpture of Castro inspired by one of his most emblematic photographic portraits.

"At both venues, they will project audiovisuals that recall watershed moments in Fidel's revolutionary undertakings through history, and his relationship with the people," he said.

On Wednesday, Cuba's Bayamo Wax Museum will unveil a wax figure of Colombian-born writer and 1982 Nobel Prize winner Gabriel Garcia Marquez, who was a close friend of Castro's.

Castro was born on Aug. 13, 1926 in Biran, in what is now known as Holguin province, to the family of Spanish immigrant Angel Castro and Cuban farmer Lina Ruz.

Castro retired from power in 2006 following a life-threatening intestinal infection, but occasionally writes on world affairs for Cuban dailies and continues to receive foreign dignitaries, including most recently Russia's President Vladimir Putin and Chinese President Xi Jinping, whom Castro called "one of the strongest and most capable revolutionary leaders I have ever met."

In conjunction with the two days of commemorations, Cuba celebrated the International Day of Youth Tuesday, with cultural, recreational and sporting events throughout the island country's 168 cities.

Yuniasky Crespo, first secretary of Cuba's Union of Communist Youth that organized the events, said each activity "will serve to honor the justice won, preserved and shared by the revolution, to ratify our sacred commitment to the fatherland, the future and our dreams."

On Dec. 17, 1999, the UN General Assembly declared August 12 to be International Youth Day, which is meant as an opportunity to draw attention to a given set of cultural and legal issues surrounding youth worldwide.