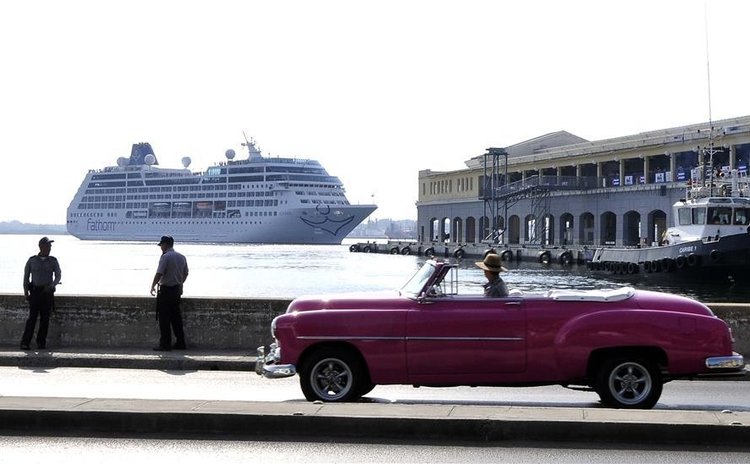 HAVANA, May 4 (Xinhua) -- Cuba is getting ready for a growing number of U.S. travelers in coming years by building new hotels, renovating its main airport and expanding its cruise terminal, the country's tourism minister said here Wednesday.

"More than 94,000 U.S. citizens have visited Cuba in the first four months of this year, 93 percent more than in the same period of 2015," said Tourism Minister Manuel Marrero at Cuba's annual tourism trade fair FITCuba.

At the moment, travel restrictions on U.S. citizens remains in place and Americans are only allowed to travel to Cuba for educational, religious and other purposes.

"These measures along with the start of regular commercial flights next fall will contribute to a growing number of U.S. travelers in the near future," he added.

Cuba is also very interested in the arrival of cruise ships from the United States, and is in talks with several companies to develop new routes for the 2016-2017 winter high season.

The first cruise ship in over 50 years to set sail from a U.S. port destined for Cuba arrived in Havana on Monday.

The cruise line operator, Carnival, wants to send bigger ships to the island and Royal Caribbean, its main competitor, has already asked Havana for permission to operate 72 routes next winter season.

"We are working to adapt the cruise terminal for the arrival of bigger ships and we have started to invest in remodeling Havana's airport, because of the larger number of flights we are receiving, which will be greater once regular air travel starts from the U.S.," he said.

Cuba's tourism infrastructure is already with a capacity of accommodating some 3.5 million foreign visitors last year, so the government has launched an ambitious development plan to handle the added influx.

"The demand for hotel rooms is greater than the current offer but we are speeding up the construction of high-end hotels," the minister said.

Three new upscale hotels are being built in Old Havana, the historic downtown district, which will be run by Swiss, Spanish and French companies, while U.S. firm Starwood will take over three hotels in the Cuban capital.

Cuba has some 62,000 hotel rooms available throughout the island, long popular with Canadian and European travelers for its Caribbean beaches, colonial cities and natural attractions.

More than 200 U.S. tourism companies are taking part in the May 3 to 7 trade fair, along with delegations from 53 nations, including 17 tourism ministers from the Americas.

FITCuba 2016 is dedicated to Canada, the country's leading tourism market.