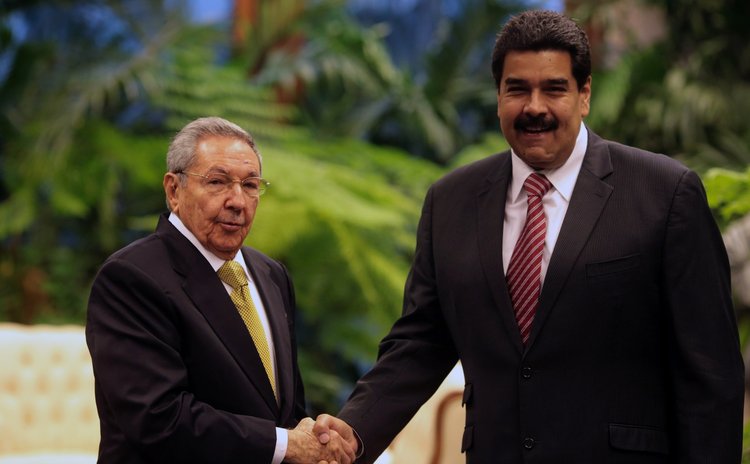 HAVANA, June 3 (Xinhua) -- Cuba on Friday reaffirmed its support for the Venezuelan government while criticizing the Organization of American States (OAS) over its move that could have led to Caracas' suspension from the group.

The Cuban revolutionary government and people reiterate "once again their full support for the supportive and generous Bolivarian Revolution, President Nicolas Maduro, the civil-military union and its brave people," Cuba's foreign ministry said in a press release published in the daily Granma.

Cuba lambasted the OAS Secretary General Luis Almagro who sought this week to begin proceedings at the Washington-based body that could lead to Venezuela's suspension on grounds of violating democracy.

The Venezuelan government said on Wednesday the move by the OAS was an "imperialist" scheme to take the OPEC member's oil.

The Cuban government noted on Friday that Venezuela "fought a hard and victorious diplomatic battle at the OAS Permanent Council's Special Session, held on Wednesday, June 1, against imperialism and oligarchies' interventionist plan."

On Tuesday, the OAS head called for a special meeting to discuss the current situation of Venezuela.

Representatives of OAS nations met on Wednesday without taking up Almagro's proposal in an attempt to defuse the tension.

Cuba was expelled from the OAS in 1962 due to U.S. pressures allegedly aimed at smothering the socialist revolution.

The suspension was lifted years ago but the Caribbean nation refused to return to the organization, seeing it as a launching platform for Washington's attacks and the regional oligarchy against leftist governments in the region.