Curtis Matthew of DBS: "It was really the most devastating experience I've had in my life" 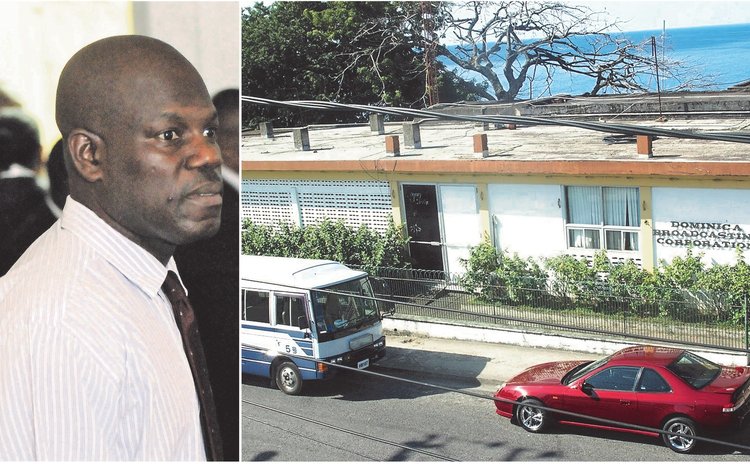 Like many radio stations in Dominica, the State-owned Dominica Broadcasting Corporation (DBS) radio was heavily impacted during the passage of Hurricane Maria

DBS was knocked off the air during the night of 18th September; seven staff members, including acting manager Curtis Matthew, were at the radio station. Matthew, a broadcaster for 31 years described the experience as the worst he has ever encountered.

Matthew said a hurricane was never on his mind when he accepted the position of acting general manager. Just a couple days after he took up the post, he got a call from Barbados and someone told him that it was very possible that Dominica could get a direct hit from a hurricane on September 18, 2017.

"I then made a few telephone calls asking questions about this hurricane and again I was told that it was very likely that we may get hit. On Sunday, September 17, 2018, I called a meeting of all the Heads (of departments) at DBS (this has never happened before to have a Heads meeting on a Sunday) to get them organized for any possibility. On Monday September 18, 2018 things started to get very serious. Kurt Matthew (now deceased) I will remember him for a very long time, as long as I am alive, because to be manager of the radio station at that time, there were certain things that you had to do…the pressure was tremendous.

"Kurt Matthew was really the one that I could turn to for support…every time I asked for his support, he was always willing and ready to get things organized. The Hurricane came that night of September 18 and we had seven staff members some had to go home but they were stranded. So here we are at the studios of DBS, people are stranded and are crying because they don't know what is happening to their children and family. I had to comfort people to let them know that it was just a hurricane and we have gone through it before and it will soon be over and okay. That was just a tough experience. Given what was happening during the night, we were convinced that the roof would go. I was not even aware that we had a part concrete roof with galvanize over it but the noises we heard outside we felt we were in trouble.

"Someone then reminded us of the tower as we felt it might come down. We turned to Kurt and asked him but he never answered. With all the noise DBS was off air. Place dark; we can't communicate with the rest of the world. We had to use our cells (phones) to get some light in the place.

"It was really the most devastating experience I've had in my life. I thought of my children, family and friends who I had no contact with…I asked the staff present on two occasions if everybody was okay and got no answers. It was a tense atmosphere. I tried my very best to remain calm and cool. We then came to the entrance of the building and decided to huddle together for prayers but that never happened since we got distracted because people were trembling and crying, asking questions. We were cut off from the outside world with no clue as to what was happening.

"We stayed together for the night, never left each other and during that time we saw a building nearby cave into our newsroom; it was terrifying as wind and water rushed in. Morning came and it was heart breaking to see the destruction and devastation in the whole place.

"I spent 11 days sleeping at DBS radio in the newsroom-never went to my home, my house was uncovered. There was a makeshift bed and the newsroom had no doors, it was difficult. I was drained mentally and physically, I had to make contact with the staff and had to be manager, news editor and programme director.

"Kurt was the pillar and driving force but Dean was the tower of strength as Kurt's right hand and they worked together to ensure that we were back on air on Tuesday, September 19, 2017 at 5pm one day after the devastation of Hurricane Maria.

"This is an experience I don't want to experience again but as we head into another hurricane season what has to be will be."