Jump Ball No. 58. By Arlington James 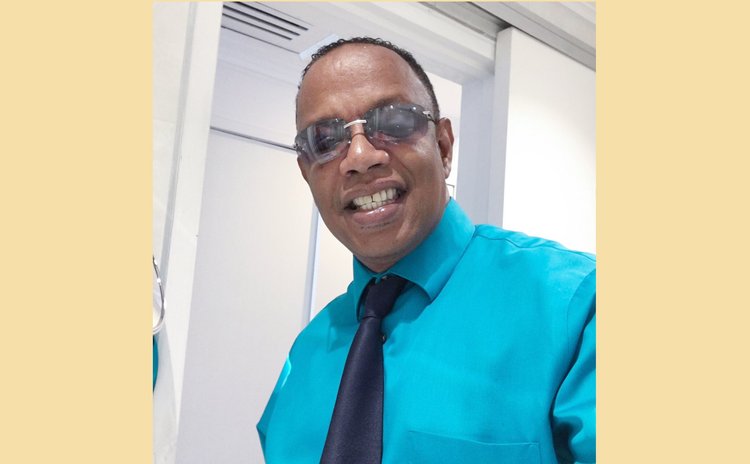 One of the first persons that a traveler arriving in a country interacts with is a Customs Officer. Even basketballers returning home or visiting for a friendly tournament must go through Customs.

But do you realize that the Officer that you meet may actually be a basketball player, who may have represented his country, or coached in the local league?

Dominica's Customs Department has so far produced an impressive line-up of Officers who grabbed rebounds, travelled, pivoted, faked, dunked, scored Free-Throws, committed fouls, ran the court, and did everything that a basketballer does during the course of a basketball game or season.

Most of the teams to which those Officers were affiliated have taken permanent time-outs and include Ambassadors, Back Street Magicians, Cardinals, Clouds, Cusport, Dominica Grammar School, (original) Eagles, Falcons ('97), Green City, Pistons, Hoyas, (original) Raiders, St. Mary's Academy, Wolverines and (original) X-Men. However (new) X-Men were still on the most recent National League roster.

Those 17 players had played in the Guard or Forward positions on their respective teams, and some were high-scorers. Two represented Dominica, while a few also played on their schools' teams in the national league or in the 'Schools League'.

Passing The Ball: It is common knowledge among Customs Officers and some members of the general public that a few years ago the reins of leadership at the Customs & Excise Department were passed from Adolphus David, upon his retirement, to Roderick Deschamps. By coincidence, the names of these two officers/players begin with the same letter and are in the order of the succession.

David had played with teams from the late 1960s into the early '80s, including Dominica Grammar School, Raiders, Pistons, Ambassadors and Eagles. He played only in the league's senior division and was a member of Dominica's State Team in 1973.

Deschamps, on the other hand, emerged from a more recent basketball era and may not have even been aware of some of the teams that his predecessor had played with. He was sometimes a high-scorer on the Goodwill-based Clouds from 1985 through 1987 while they played in Division II (Intermediates) of the national league.

In 1988 Clouds fielded teams in Divisions I and II and Roddy continued to contribute to his team's efforts, assisting Clouds I place a reasonable 4th out of nine teams in the Division I League in their first outing among the 'big guns'. Roddy later played with Canefield's Falcons in 1997.

Customs & Cusport: During the mid-1990s 'basketball officers' from Customs teamed up with their counterparts from the Port Authority to form a basketball team which they named Cusport.

Cusport first played in the 3rd level division – called Division II then – of the national league in 1997, then stepped up to the Premier Division to take on the 'top guns' of Dominica's basketball in the 1997/98 basketball season, which began in December 1997.

According to the Tropical Star of 17th December 1997, "Cusport in their first premier match defeated Kubuli Clouds 63-53 (33-32)." Customs Officer and former Clouds and national player Irving Magloire contributed 10 Pts for the winners.

Cusport's biggest win that season, not necessarily in terms of the size of the margin of victory, but in terms of claiming bragging rights was when, according to The Chronicle of 23rd January 1998, "Newcomers Cusport have produced a shock result in the Sprite national basketball league. They beat former champions DCP Cardinals 87-72."

That particular season also saw Cusport defeating Hoyas 90-76 but succumbing to the heat of Blazers, 94-83. Customs Officers grabbing the rebounds and sinking the baskets for Cusport in their only season at Premier level included Irving Magloire, former Hoyas player Gerard Elie, Cornel Bethel formerly of Wolverines, and others.

Jump Ball wishes the retired Customs Comptroller, the current Comptroller, Deputy Comptroller of Inland Revenue Irving Magloire, and all the other current and former Customers officers who were or are still basketballers all the best in their endeavors.

Now, can I see that basketball in your bag please?