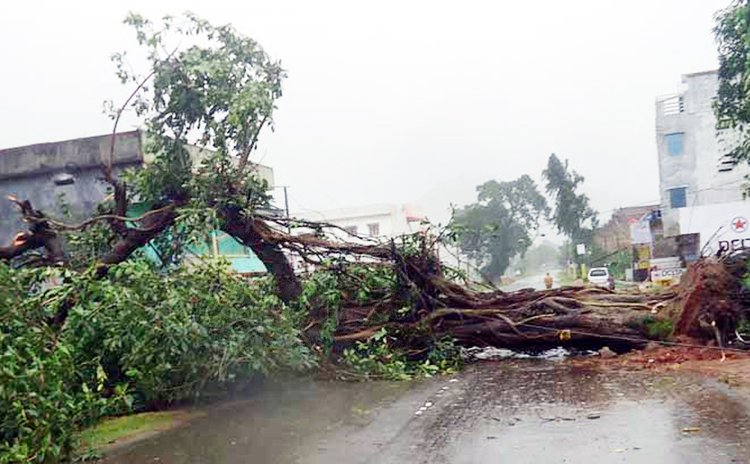 NEW DELHI, Oct. 13 (Xinhua/Sun) -- The death toll in "Hudhud" cyclonic storm in India has risen to at least 24 as the eastern state of Andhra Pradesh reported 21 deaths in the storm-related incidents, said Indian officials Monday.

"Fifteen deaths were reported from Visakhapatnam district, five in Vizianagaram and one in Srikakulam," Special Commissioner in State Disaster Management Authority, K. Hymavathi told the media.

The coastal city of Vizianagaram was worst hit by the cyclone, which has died down after entering inland areas. Most of the deaths occurred due to falling of trees on the victims, said officials.

In the neighboring state Orissa, at least three people were killed in the storm-related incidents. Tens of thousands of people have been evacuated from their homes and have been living in government relief camps. The authorities are trying to restore live to normalcy and sending relief goods to the people affected by the cyclone.