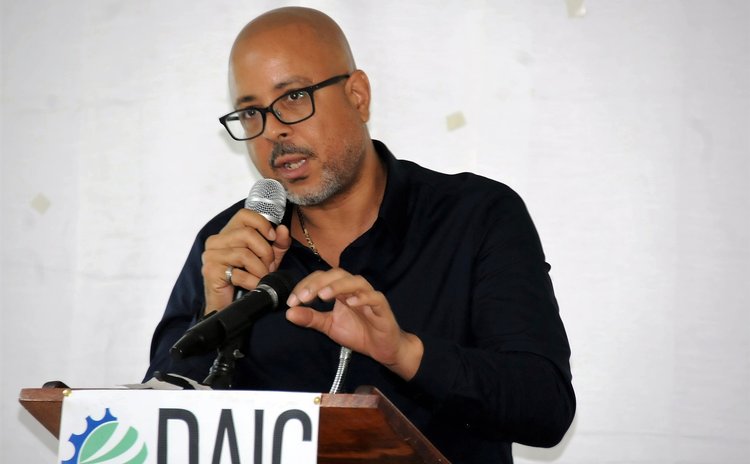 Kenny Green, President of the DAIC at a 2019 DAIC function

A leading Dominican private sector organisation, the Dominica Association of Industry and Commerce (DAIC) says it supports a package of incentives to stimulate the Dominica economy announce by Prime Minister Roosevelt Skerrit earlier this week.

Stating that the initiatives were "geared to sustain and assist the Dominican economy at a sensitive stage during the COVID-19 global pandemic crisis", the DAIC said "the gains made by the country through the health crisis, managed by the Government of the Commonwealth of Dominica and the Ministry of Health, and executed by the front line health care and support workers, are inspirational".

"The DAIC notes that several initiatives proposed to the Government for its direct membership and the wider Private Sector were included in the support measures presented. These include corporate tax rebates for companies who retained the majority of their employees, duty and VAT relief on personal protective equipment (PPEs), financing for the tourism and manufacturing sectors, the micro, small and medium enterprises (MSMEs) and the self-employed, and facilitating of infrastructure projects to encourage local capacity and income generation.

The DAIC continued: "It is important for there to be consistent and transparent implementation of these measures with the support of all social partners in tandem with the Public Sector. The DAIC pledges its support to the actions needed to deliver these initiatives to the Private Sector and general public by extension in as short a time as possible.

"The DAIC continues to advocate for a careful return to a more normalized business and social climate whilst maintaining vigilance on health protocols and border controls".