One of the epic battles during the next general election is to be fought in Roseau North. Lugay is ready, Blanchard is waiting for Skerrit's signal 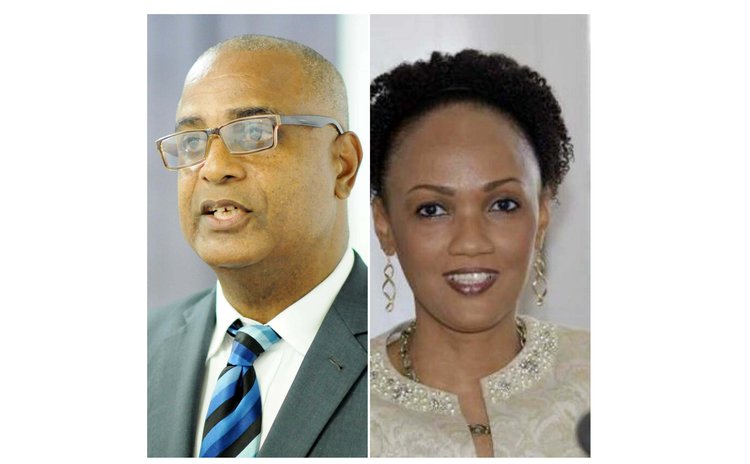 "I take nothing for granted and will not be complacent," said Lugay. "I have been hearing of a few names but I am doing my work and there are certain things that I am putting in place by way of preparations. When I first ran in 2009, I presented a plan to the people in the form of a leaflet. I have my plans in place now…I am not yet releasing but I can tell you that everything is in full gear for the battle ahead."

He continued: "Polls have been taken which shows that Roseau North is one of the safe seats for us but that being said I take nothing for granted. In the business of politics you never take your opponents for granted."

The DLP is in the process of finalizing its candidate and all indications are that new comer Miriam Blanchard, a senator and a government minister in the Skerrit-led administration is tipped to be the candidate. That was confirmed by DLP operatives in the Roseau North constituency.

But while Blanchard is tipped to be the candidate DBS Radio announcer Kimara Hurtualt is keeping her eyes on the Roseau North constituency as the possible DLP candidate.

Kim, as she is affectionately called, said she hopes to represent her people one day. She grew up in the constituency.

"I have been around with the people and so whenever that chance presents itself God's willing I will grab on to it," she said

Hurtualt is chairperson of the Tarish Pit Development Committee and a member of the Roseau City Council Ward 4 serving her second term.

"I am getting prepared for the task and presently I am at the University of the West Indies doing my degree in political science so when that time comes I will be more than equipped and ready," she said. "In the mean time I will support whoever it is to try to win that seat for the DLP", she said.

Meantime, Miriam Blanchard when contacted to comment on her political ambitions she said the matter is not in her hands. She said that the constituency branch and the Prime Minister are those charged with that responsibility but did not rule out she contesting that seat for the DLP.