Danyan: I do not feel threatened by former kings 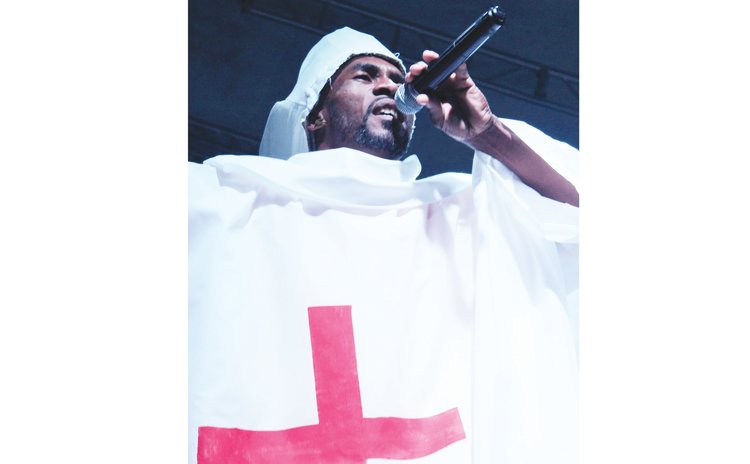 Calypsonian Danyan "Danyan" Joseph is making his first appearance in the Semi- finals of the 2019 Calypso competition and he is very confident that he will make it to the Finals.

"Calypso is a thing that I always loved growing up as a kid and I remember hearing the tunes of Pat Aaron some of which I still have on a cassette. So when I finally decided that I wanted to compete, I went to Pat Aaron asking him for a song," he said.

He continued: "He questioned me about my readiness and if I was ready to take up that mantle of singing Calypso and that was in 2017. Having spoken with me he then asked me to return on a certain date so he could listen to me and check on my voice qualities. I did return on the said date given to me and three days later he gave me a song as promised."

But said although he was very satisfied with the song he did not handle it well.

"I had a good song last year but blundered and did not survive. But this year Ian Jackson wrote for me he had told me he only had feminine songs. Then he called me and gave me this song (Holy Hole). I was not too impressed with it and I told him give me a few days and after review I said: "Yeah, I will go with it" and so far it's been great. I am pleased and I am heading to the finals and possible being crowned with it," he said.

Danyan, 34, is the father of five children. He said he is a versatile person.

"I do truck and bus driving and also team up with my dad in business where we do agriculture and other business," he said.

So is he worried about the big names like Dice, Observer, Tasha P, and Karessah etc.?

"Oh no; I am not. For me the competition is not tough and I am confident. I am not threatened by any of the big names," he said.