Putin's invasion of Ukraine will have a negative impact on Dominica 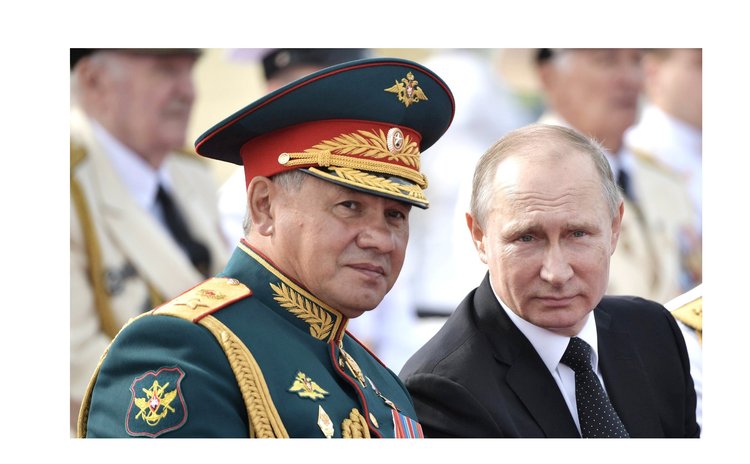 It puts an unknown number of millions in the pockets of a few and, according to Roosevelt Skerrit, the prime minister and minister of finance, it was expected to contribute $253.3 million to the capital budget during the 2021-22 fiscal year - approximately 58 per cent of the actual capital budget.

However, the various projects to be funded by the citizenship by investment (CBI) programme as announced by Skerrit in his 30 July 2021 budget address – a $500,000 monthly deposit into a vulnerability and risk resilience fund, a public sector investment programme, construction of the international airport and construction of several hotels – could be at risk after Russia invaded Ukraine last week, according to an experienced international relations expert.

Crispin Gregoire, a former ambassador to the United Nations, told The Sun Russian business interests in the CBI programme will take a hit from the sanctions imposed on Moscow by western countries, and this will hurt projects in which they are involved here.

One such project is a CBI-funded hotel that involves a Russian businessman working in partnership with the Dominican agent, revealed Gregoire.

"The sanctions that Western Europe and the United States will put on Russia are financial in nature to a great extent and Russian-linked investments [in Dominica] could be impacted by these sanctions," argued the former diplomat. "And there may be other Russian investments in our country."

In last year's budget address, Skerrit did not say how much the country was projected to earn from the sale of passports. However, he indicated at the time that non-tax revenue of $492.3 million "reflected mainly by CBI revenues" was expected to play a significant role in stabilising the government's finances.

But the invasion of Ukraine could present an unpleasant new reality for an administration that depends almost entirely on the sale of passports to fund its programmes, suggested Gregoire.

"We've had some links with both Ukraine and Russia through the economic citizenship [programme]. I know for sure that we have in excess of 500 nationals from that region, from both countries - more Russians than Ukrainians - who are economic citizens. So I don't know if any of the financial sanctions will have an impact on companies that may have an interest in Dominica," he told The Sun. "The sanctions on Russian oligarchs could [also] have adverse implications for visa-free travel into the Schengen area for Russian nationals with Dominican economic citizenship and Dominica passports."

As Russian forces moved into neighbouring Ukraine last Thursday morning, oil prices surged, with Brent crude climbing to a high of $105.79 – the highest since 2014 - and WTI hitting $99.10. And, while prices fell on Friday, oil prices rallied Tuesday of this week, pushing Brent crude above $100 once again, as investors worried that the intensifying sanctions would disrupt supply.

Russia's actions have provoked widespread condemnation, including from the Caribbean Community, which issued a statement last week "strongly" condemning the invasion and calling for an "immediate and complete withdrawal" of military forces from the Eastern European country.

The Skerrit administration also issued a statement condemning the military action and calling for an end to the conflict.

What the statement did not address was the potential impact of this war on ordinary Dominicans, including how it will affect the cost of living and how the government intends to help the country cope.

Russia is the world's second-largest oil producer behind Saudi Arabia. It's also the largest supplier of natural gas to Europe, which gets nearly a third of its oil and around 40 per cent of its gas from Russia. A protracted war could drive oil prices to as high as US$140 per barrel in a worst-case scenario, according to analysts at Capital Economics, a London-based independent economic research consultancy whose clients include the world's largest investment banks and wealth managers.

Such high oil prices could drive the already high cost of living here through the roof, predicted Mark Marie, the former lecturer in economics at the University of the West Indies, who anticipated an increase in food prices, particularly wheat and wheat-related products.

"The price of everything is going up by the minute, so the rate of inflation might pick up, driven by the price of energy," Marie told The Sun. "Plus transportation costs to get goods here will go up . . .so that inflation will just accelerate."

With Venezuela's Nicolas Maduro having expressed strong support for Russia's "resolute" actions in Ukraine, according to the Kremlin, Marie painted another possible scenario which could have chilling consequences for all involved, including Dominica.

"Given the price of oil is going up . . . the war in Ukraine might prompt the Americans to attempt to seize the oil fields in Venezuela," said the economist. "If it goes on for quite a while that might give them an excuse to invade Venezuela to seize the oil."

With struggling motorists here having to pay over $13.50 for a gallon of gas and around $12.50 for diesel, the thought of even higher prices strikes a sense of dread in Jonathan Vidal, a local ground tour operator and former president of the Dominica Combined Taxi Association.