Dave Fabien: My passion is for the ocean 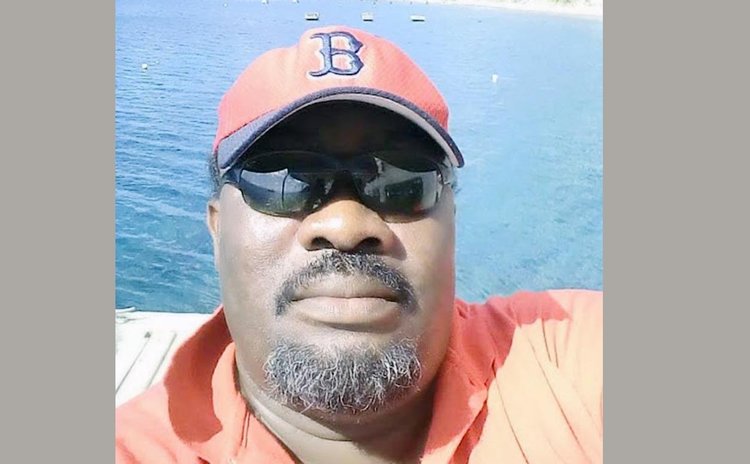 Dominica's breathtakingly beautiful underwater scenery continues to intrigue both locals and visitors, and for Dave Fabien of Bense, he feels deeply for trends he has noticed above and below the water as the sea is both his passion and his backyard.

Currently residing in Madrelle, Loubiere, Fabien is a boat captain, dive master, and whale watch tour guide. It is a rare occurrence to not find him in or on the water on any given day.

Speaking to The Sun, Captain Dave, as he is affectionately known, revealed that his love for the sea started when he was a young boy.

"My passion is for wild animals in the ocean. I always heard, when I was a young boy, 'the reefs sustain the sea and the sea sustains the earth', that was like a motto to me so I decided to look into that," Fabien said.

And look into it he did. Over 25 years ago Fabien was employed as a security officer at one of Dominica's beachfront hotels. He made sure to expand his skill set and his job eventually took him to the sea.

Of these three, whale watching is dearest to Captain Dave's heart.

"I look at whale watching as income for the country. The whale is known as the elephant of the sea and you never know everything about these animals. So I look at it as a learning and teaching process," Fabien said.

His love for gigantic marine mammals has led Fabien to work with globally recognized institutions and acquire memorable experiences.

"I work as an in-water tour guide and rescue diver and did several documentaries with the BBC, a film company in France, and several others from around the world," he said. "My most memorable experience is seeing the whale suckle for milk on the adult. For many years people had no idea how whales used to feed their calves."

Captain Dave would like to see programmes established to encourage youth to get involved in the diving sector.

"It is expensive to go on a whale watching tour because most local people cannot afford it," he said. "I think people doing the tours should put together a local rate to get youth involved in it."

Fabien plays his part by bringing young people swimming, snorkeling, or whale watching as he believes the local youth must lead the industry eventually.

His over 25 years above and below the ocean's surface have been enlightening as his love for the sea and its life forms have revealed certain trends and patterns.

"Everything changes every year because of all the natural disasters, storms, and the runoff from human errors", he said. "The whales, I would say, are on a slow incline because we have calves. And Mother Nature takes care of the sea too. Some things happen and we cannot help it and it can be good and bad."

Fabien believes more thought should be placed into dumping in the sea as this will affect the reefs and marine life which tourists and locals enjoy seeing.

"People are doing buildings and hotels for improvement but they are backfilling the ocean and the reef is being affected," Fabien said. "We need to pay more interest in making sure they are doing it properly. Because the debris can be lifted and taken elsewhere."

Captain Dave believes education is key and would like to see a lot more be done to promote the diving industry in Dominica to preserve it for future generations.