Davis George is the UWP candidate for the Calibishie Constituency 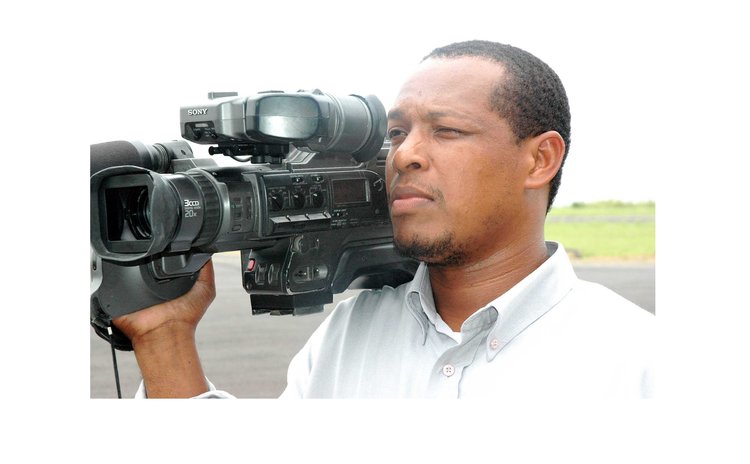 Sometime ago Davis George stood behind the camera. Now, he will be up-front, facing the lights, the lens and the politically charge action. George has become the flag bearer for the opposition United Workers Party (UWP) in the Paix Bouche, Bense and Calibishie constituency. He says he is confident of his chances at the election.

George, 46, the father of four is a former cameraman at MARPIN 2K4, the company that was recently bought over by telecommunications giant FLOW.

George describes himself as "just a simple guy from Calibishie who wants to make a contribution in the political landscape of his country".

"Politics was always in the making for me. I was part of the Young Freedom Movement during the heydays of the Dominica Freedom Party, so I was always involved in politics since I love it. I was working in Roseau and would return home ever so often and people would always ask me when I was going to commit myself to representing them," George said.

He continued: "It finally struck me when two gentlemen (farmers) told me that they needed me to represent them because they did not have a voice and it was during the Black Sigatoka era which was wreaking havoc in the area."

The UWP has never won that constituency considered as a Lion's den of the Dominica Labour Party (DLP).

Confronted with those statistics, George said: "I don't consider Calibishie a lion's den of the Dominica Labour Party especially given the fact that over the past years they have gotten poor representation from the DLP who has been in control of that constituency. So now the people tend to turn their backs on the DLP because of the poor representation over the years, thus making it easier for me".

According to the UWP hopeful, agriculture and fishing is the livelihood in the constituency and he need to organize farmers in the area.

"I would like to see more happening re the insurance for the farmers for their crops…as well as introduce new technology in agriculture. Hydroponics in agriculture is important in the schools."

George who was made redundant among 20 other employees when FLOW reorganized after taking over MARPIN, is now into the business of fishing and poultry production. But he believes that Calibishie is a tourist attraction and "if I have to get back behind the cameras to promote Calibishie I will so do it."

"The people, like me, are dissatisfied with the representation from the parliamentary representative and also the government. We have issues re access to Baptiste Beach and Batibo Beach where access has been denied. I am a voice of the people and I am playing my part. I can make a serious difference in that constituency. Paix Bouche is a stronghold of culture. What has the parl rep done to uplift Paix Bouche? We need a cultural centre in the area," he said.

George will contest the seat against Roslyn Paul, the Minister of Commerce, Enterprise and Small Business.

The UWP launched George on May 9th in Calibishie.